"We sincerely apologise to everyone who felt uncomfortable with the milk commercial," said Seoul Milk 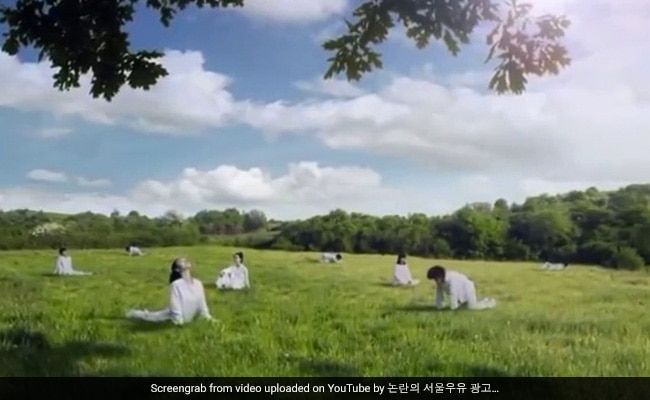 Following fierce public backlash, South Korea's biggest dairy company has apologised for depicting women as cows in an advertisement. Seoul Milk had shown a man wandering through the countryside and secretly filming a group of women in a field drinking water from a stream and doing yoga. The clip showed the man accidentally stepping on a twig and startling the women, who bizarrely turn into cows. Many people criticised the advertisement and some compared the man's behaviour to "molka", the illegal act of secretly filming others.

The company, which tried to project its products as organic with the 52-second video, later removed the video from YouTube, the BBC reported, but by then it had already gone viral.

The advertisement has sparked a wider debate in South Korea not only over sexism and gender sensitivity but also over how acceptable it is to record others without their approval, the report said.

The report added that in an apology shared online, Seoul Milk's parent company Seoul Dairy Cooperative said, "We sincerely apologise to everyone who felt uncomfortable with the milk commercial released on 29th last month."

"We are accepting this matter seriously and will conduct an internal review, and take extra care to prevent similar incidents from occurring in the future. We bow our heads in apology," the note read.

However, this isn't the first time Seoul Milk has attracted negative reviews. According to Korea Herald, it had made nude female models spray yoghurt on each other at an event to promote the launch of its new products in 2003.