One of his fans recently wondered whether Mr Sood could arrange an iPhone for his girlfriend. 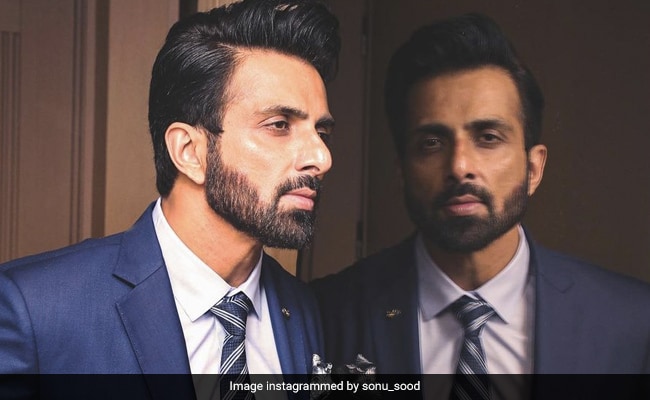 Actor Sonu Sood, who emerged as a real-life hero during the first wave of the coronavirus pandemic, often responds to people's distress calls on his social media accounts. Fans tag Mr Sood in Twitter posts, drawing his attention to people who may need his assistance. But now, the actor has been receiving some weird requests. One of his fans recently wondered whether Mr Sood could arrange an iPhone for his girlfriend. Whereas the other suggested that the Dabangg actor had superpowers to change the fate of an ongoing cricket match.

"My girlfriend is asking for an iPhone, can something be done about that?" the Twitter user asked Sonu Sood on Twitter, writing in Hindi.

Responding to the Twitter user's request, Mr Sood quipped: "Uska toh pata nahi, agar iPhone diya toh tera kuch nahi rahega (I don't know about her, but if I give her an iPhone you will have nothing)."

For the second, who urged him to get New Zealand skipper Kane Williamson out during the WTC Final match, Mr Sood said the Indian team had such outstanding players that they would send him packing. And the Indian players did.

Several other people have commented on Mr Sood's response to these two tweets.

One person said that the actor “sarcastically crushed” the iPhone demand.

Another said even if the actor gave the person an iPhone, he would continue to ask something else.

A third person posted a meme that appeared to suggest the boyfriend's reaction to Mr Sood's sarcastic response.

Several people praised Mr Sood for showing his support to the Indian team.

Last year, during the lockdown, Mr Sood wore a mask and walked the streets of Mumbai to help make travel and food arrangements for thousands of migrant workers desperate to leave Mumbai. He helped many of them reach home in towns in north India. His social service made him a hero and people, including Internet users, showered unconditional praise on him. Even during the second wave of coronavirus, Mr Sood was at the forefront to help people find hospital beds, oxygen supplies and medicines.