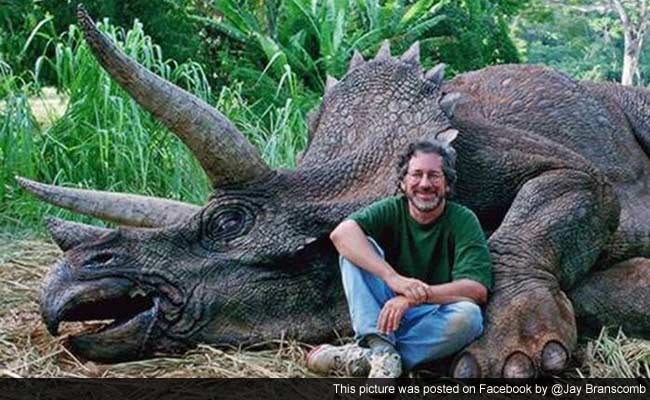 Some people will believe any and everything they see on the internet. And here's the proof!

Jay Branscomb posted the picture (above) and captioned it: Disgraceful photo of recreational hunter happily posing next to a Triceratops he just slaughtered. Please share so the world can name and shame this despicable man.

It's quite apparent that a sarcastic Jay meant this post as a joke, seeing as how stories of people hunting for sport have taken the internet by storm. First Facebook deleted a cheerleader's hunting pictures and then a Belgium teen lost her modelling contract for a similar post.

However, not everyone can take a joke, especially those who slept through school. And Jurassic Park!

People started posting comments like, "...is there any hope for the human race?" and "Steven Spielberg is evil" and "I never even knew Steven Spielberg was a big game hunter!" and "Just because triceratops are ugly doesn't mean they shouldn't live! They are the rarest of all the rhinoceros species" and many, many more.

Promoted
Listen to the latest songs, only on JioSaavn.com
The post has already been liked more than 15,000 times, shared over 40,000 times and has comments that are pure gold. "Ah, so that's how dinosaurs went extinct" says one user who was clearly taking a jibe on the uninitiated. It's hard to accept that even in this day and age people need to be told that dinosaurs are extinct. We really don't know where humanity is headed.

Wonder what Ross Gellar and Sheldon Cooper have to say about this.