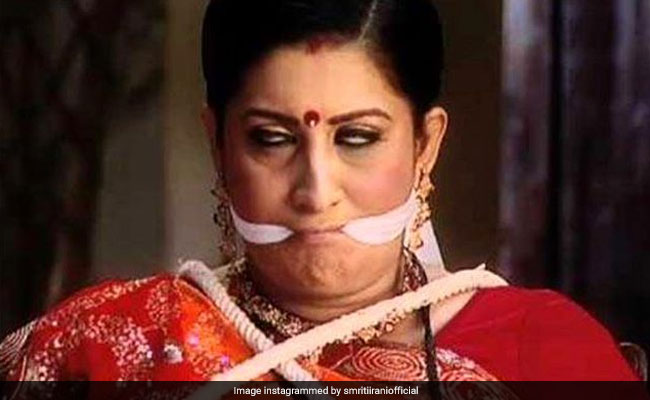 Roughly translated, this line from a famous 1974 Kishore Kumar song means "If I speak then you'll accuse me of blabbing."

Since being shared online, the post has already collected almost 5,000 'likes' and a ton of appreciative comments.

"Loved it! Much love," writes one person in the comments section. "Love your sense of self deprecating humour!" says another.

The Instagram post did not mention the comments that provoked strong reactions two days ago, in the middle of a raging debate over Sabarimala's ban on women below 50 and the Supreme Court order last month overturning it.

"I am nobody to speak of the Supreme Court verdict because I am a current serving cabinet minister... I believe I have the right to pray but I don't have the right to desecrate. And that is the difference that we need to recognise and respect," Smriti Irani, 42, had said at an event in Mumbai called the Young Thinkers' Conference.

"...just plain common sense. Would you take sanitary napkins seeped in menstrual blood and walk into a friend's home? You could not. And would you think it is respectable to do the same thing when you are walking into the house of god?" questioned the minister.

Ms Irani later also put out a series of tweets to "comment on my comment," as she described it.