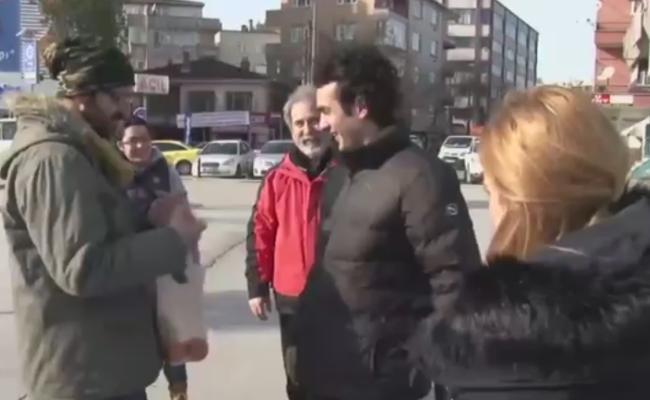 The world has lost its heart to the now-trending Samsung advert for a call centre for the hearing impaired and once you watch the video, you will too.

The video begins with Muaharrem, a young hearing-impaired man from Istanbul, walking out of his house with his sister, Ozlem who was Samsung's collaborator.

The crew reportedly spent a month preparing this stunt where they not only set up cameras in many parts of the city but also found volunteers among neighbours and even random 'strangers' to learn the sign language.

As they walk along, the brother-sister duo meet an assortment of people on the street - a man who drops some fruit, a cab driver, a bakery shop owner, a woman who 'accidentally' bumps into him - all of whom speak to Muaharrem in sign language.

As the video progresses and more and more people talk to them, Muaharrem begins to look utterly flummoxed.

As the advert comes to an end, Muaharrem and sister reach the town's public square where through a video screen a sign language instructor lets him into the secret as well.

The elaborate arrangements were all in aid of an ad by Samsung Turkey who are opening video call centres for the hearing impaired.

As his neighbours cheer him on and the production crew explains how his sister helped them pull this amazing surprise off, Muaharrem breaks into tears.

Promoted
Listen to the latest songs, only on JioSaavn.com
This video was shared by DigitalSynopsis.com on its YouTube channel on March 3 and has over 5 million views. Is this the best ad ever? Tell us what you think in the comment box below.

Keep a box of tissues ready. This gorgeous advert is a tear-jerker: