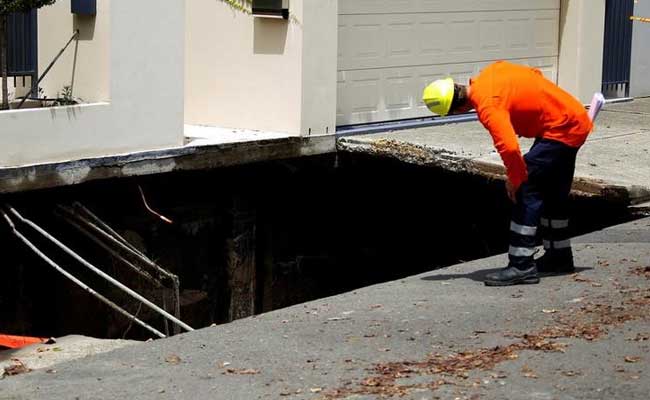 The sinkhole appeared outside a property close to the Australian Prime Minister's residence. (Reuters)

SYDNEY: A sinkhole opened up less than 1 kilometre (0.62 mile) from Australian Prime Minister Malcolm Turnbull's home in the wealthy Sydney suburb of Point Piper, media said on Wednesday, after a night of heavy rain and flash flooding.

There were no reports of injuries or damage to private property from the sinkhole that opened up on a sidewalk, but police have cordoned off the street.

"We will make the site safe," the director of technical services for the municipal council, Tom O'Hanlon, told reporters. 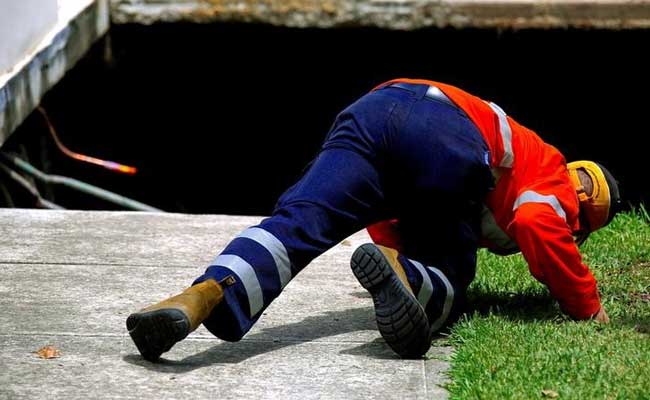 A worker inspects the sinkhole that appeared after heavy rain.
Photo Credit: Reuters

"And at the same time, we are working with the three utility companies so they can do some work around to get the power back on."
© Thomson Reuters 2017

(This story has not been edited by NDTV staff and is auto-generated from a syndicated feed.)
Comments
SinkholeAustraliaMalcolm Turnbull