The party was hosted by pilot Mahmoud Attiya to celebrate his 21st birthday. 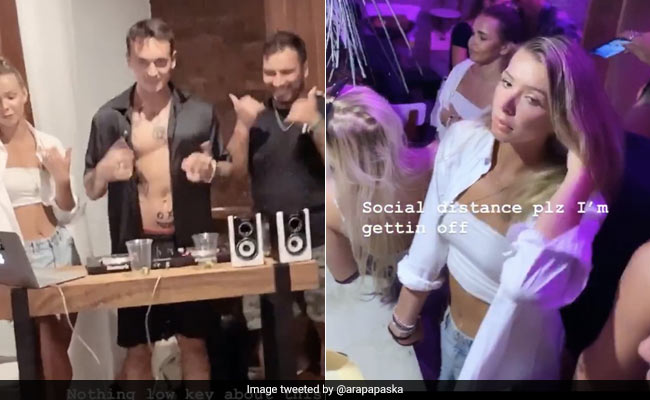 A group of tourists in Indonesia ignored stay-at-home advisories to attend a birthday bash on Sunday, sparking outrage amid locals and netizens alike. Photos and videos from the party that took place at a luxury villa in Bali show a number of people dancing, drinking and playing party games even as millions around the world stay at home to contain the spread of the highly contagious coronavirus. Guests at the party in Bali included a British Instagram influencer and two Russian models, among others.

According to Daily Mail, the photos and videos were first shared by Instagram influencer Tyrone Hermitt using the app's 'stories' feature. While the posts were taken down following severe criticism, screenshots from the birthday bash are still floating on social media. The Manchester-born tattoo model and influencer has made his account private after the backlash.

One video, which was reposted on Twitter, shows partygoers flouting social distancing guidelines.

Another video from the same party shows a game of beer pong in progress.

While Indonesia has not been placed under an official lockdown, residents have been told to avoid larger gatherings.

The party, which was hosted by pilot Mahmoud Attiya to celebrate his 21st birthday, has received much criticism online, with some calling for the tourists to be deported. Besides Instagrammer Tyrone Hermitt, guests included Russian social media star Ksenia Aldoshenko and model Dorokhova Ksenia.

"This was not my party. I apologise for attending. I did not realise there was going to be as much people at the party and it looked more busy than it was," he wrote on Instagram, according to The Sun. "I respect Bali and will be donating to some charities to help locals who are losing jobs and need help."