She Found A 3.72 Carat Diamond - While Watching Video On How To Find Diamonds

Miranda Hollingshead, 27, was on a family outing when she discovered the yellow diamond 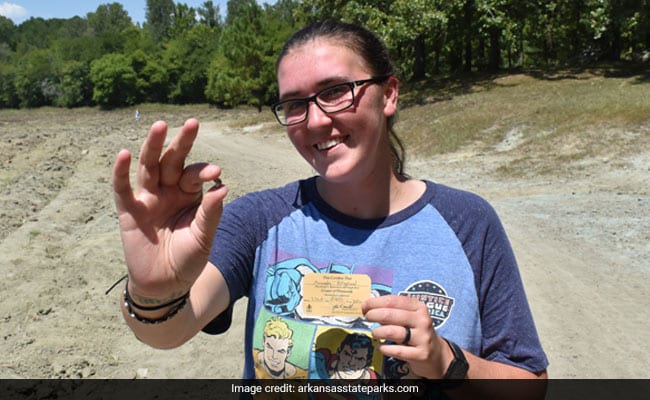 A Texas woman on a visit to Arkansas' Crater of Diamonds State Park found a 3.72 carat yellow diamond there - while watching a YouTube video on how to find diamonds.

According to a report on the state park's website, Miranda Hollingshead, 27, was on a family outing on Friday when she discovered the nearly-4-carat diamond. She had been searching for diamonds for about an hour before she came across the yellow rock.

"I was sitting in the shade, watching a YouTube video on how to find diamonds. I looked over at my kid for a second, and when I looked down, I saw it mixed in with other rocks," says Ms Hollingshead.

According to Gizmodo, hundreds of thousands of diamonds have been found at the park over the course of the last century. Ms Hollingshead carried her find to the park's Diamond Discovery Center, where the staff registered it as a 3.72 carat yellow diamond. 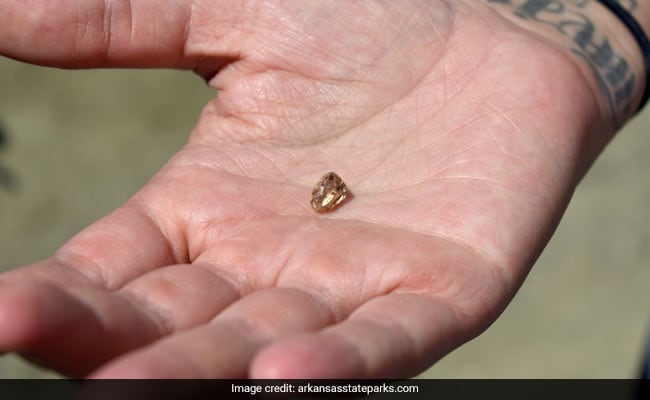 She added that rainfall probably played a role in the rock's discovery.

"Much of the ground where Ms. Hollingshead found her diamond is made of unweathered volcanic rock. When it rains, flowing runoff often leaves loose gravel, and sometimes diamonds, on the surface in these areas. Diamonds have a brilliant, adamantine luster that makes them easy to spot, and Ms. Hollingshead happened to be sitting in just the right place to see the diamond sparkle in the sun," said Ms Cox.

This diamond is the largest yellow diamond to have been found at the park since 2013. Ms Hollingshead says that if she doesn't sell it, she will have it mounted on a ring.