Phones in the Apple iPhone 12 series will ship without a charger or EarPods - a fact that led to much trolling of the brand on social media. 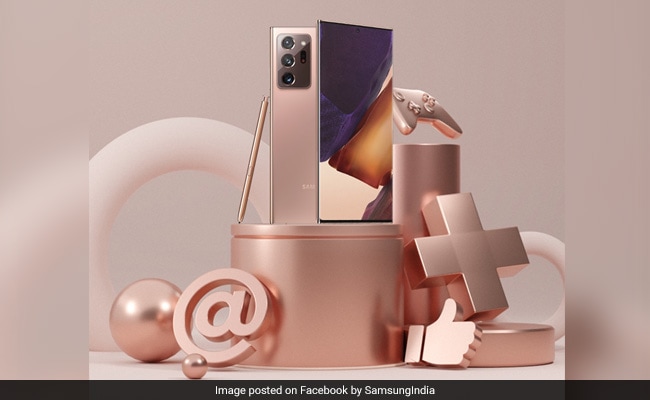 Unlike iPhone 12, Samsung Galaxy phones do come with a charger in box.

Samsung threw some serious shade at Apple for not including a charger with its latest iPhone 12 smartphones. The lineup of the latest Apple phones was announced in a virtual event two days ago. Phones in the iPhone 12 series will ship without a charger or EarPods - a fact that led to much trolling of the brand on social media.

Samsung, Apple's biggest rival, took the opportunity to mock the company with a hilarious post. The South Korean multinational conglomerate took a dig at the exclusion of an in-box power adaptor with a post that has left thousands in splits.

"Your #Galaxy does give you what you are looking for. From the most basic as a charger, to the best camera, battery, performance, memory and even 120Hz screen on a phone," they wrote on Facebook yesterday, sharing a picture of a black charger that is included with its lineup of Galaxy phones.

The post has gone massively viral online, collecting a whopping 70,000 reactions and more than 10,000 amused comments.

Some took digs at Samsung in the comments section for copying Apple and removing a headphone jack from their phones. "Samsung first made fun of unavailability of the headphone jack and proceeded to remove it anyway, so is it the same scenario again," wrote one commenter.

"Just gonna save this image for when you decide to do the same thing two years later or so..." said another.

This is not the first time that Samsung has taken a subtle dig at Apple. In 2017, the smartphone maker mocked its rival with an ad titled 'Growing Up'.