No One Like Bhai? Salman Khan Lookalike Spotted In Pakistan

"Salman Khan in Bolton Market," a man can be heard saying in the video 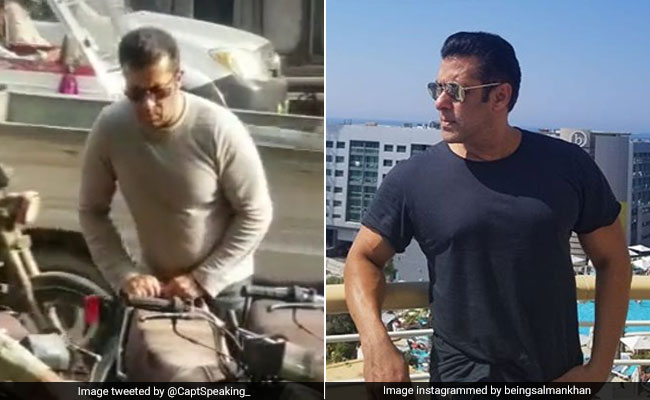 A lookalike of Bollywood superstar Salman Khan was spotted in Pakistan, and his video has created quite a buzz on social media. According to Gulf News, the video of the doppelganger was recorded in a market in the port city of Karachi. The short clip was initially posted on video sharing app Tik Tok, and has since gone viral on social media.

In the video, the man, who looks uncannily like Bhai, is seen fiddling with motorcycles in a local market. Wearing a full-sleeved T-shirt and sunglasses, he is seen straightening parked bikes.

"Salman Khan in Bolton Market," a man can be heard saying in the video.

Since the media has gained attention on social media, many have tagged Salman Khan and asked him to comment on the resemblance.

@BeingSalmanKhan
Bhai what are you doing in Karachi Bolton Marley. ;) pic.twitter.com/2SxgygdePr

However, the Bollywood superstar, who is currently shooting for Bharat in Mumbai, has yet to comment on the viral video.

In July last year, a model from Assam gained viral fame for bearing an uncanny resemblance to actor Tiger Shroff.