Read inOther Languages
This Article is From Oct 25, 2020

Meet The Man With A World Record For Most Body Modifications

"The body modifications have changed only the outside," says Rolf Buchholz. "It's changed not me. I'm the same person." 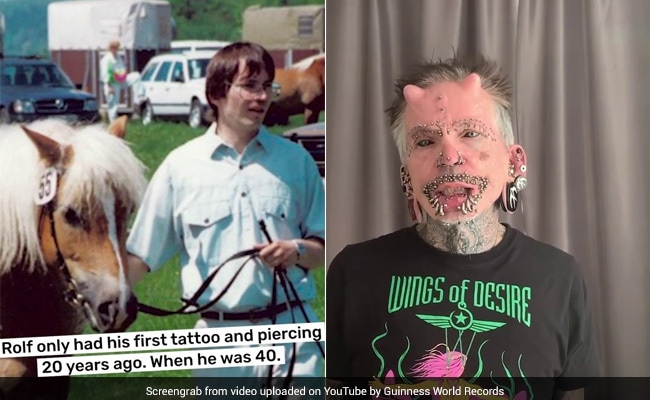 A man from Germany has set a Guinness World Record for the most number of body modifications. Rolf Buchholz has more than 516 body modifications, and he says he is not yet done altering his body, reports news website UPI.

According to Guinness World Records, Rolf works in information technology for a telecoms company in Germany. It was only at the age of 40 that he started on the journey of body modifications by getting his first ever tattoo and piercing. In the more than 20 years since, he has been rendered almost unrecognisable with several piercings along his lips, eyebrows, nose and even two small horns on his forehead.

"The body modifications have changed only the outside," says Rolf. "It's changed not me. I'm the same person."

Rolf's alterations include 453 piercings, tattoos and and subdermal implants. In 2010, he was also recognised by Guinness as the man with the most number of body piercings. He came to public attention after he was turned back from the Dubai airport in 2014, when he landed there on his way to a hotel appearance.

A spokesman for the hotel where Rofl Buchholz was scheduled to appear said its management had failed "despite all its attempts" to win permission for him to enter the emirate.

It was five years and several modifications after that that Rolf Buchholz had two horns implanted into his forehead. He shot to attention again recently after Guinness World Records shared his videos on their social media channels.