The total amount of the bill was Rs 26, which is equal to the price of a packet of chips in today's time. 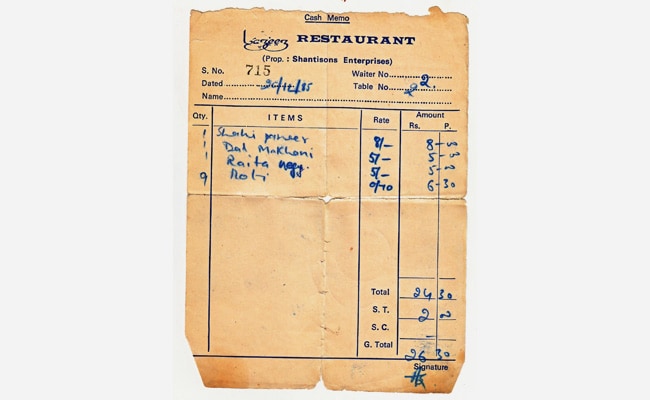 Most of us enjoy eating from outside in restaurants or cafes. But these days a lot of people complain of small portions and extremely high prices. What's more is the added tax to the bill. One meal at a budget-friendly place may cost anyone around Rs 1,000-1,200. But have you ever wondered about the price nearly four decades ago? A restaurant has shared a bill from 1985, roughly 37 years ago and it has left many internet users shocked.

The post, which was shared originally on August 12, 2013 on Facebook, has now gone viral again. Lazeez Restaurant & Hotel, located in Lajpat Nagar area of Delhi, shared a bill dated December 20, 1985. The customer had ordered a plate of Shahi Paneer, Dal Makhni, Raita and a few chapatis, as shown in the bill. The items were priced at Rs 8 for the first two dishes, Rs 5 and Rs 6 for the other two respectively. What's more shocking is the total amount of the bill - Rs 26 - which is equal to the price of a packet of chips in today's time.

Since being shared, the post has amassed over 1,800 likes and 587 shares. Several users were baffled to see the same. One user said, "OMG... It was so cheap then... yes of course the value of money was far far far more those days...."

A fourth user said, "Bro hats up to you for keeping old collection".