Read inOther Languages
This Article is From Apr 29, 2020

Will Reeve took to Twitter to assure viewers he was wearing shorts. 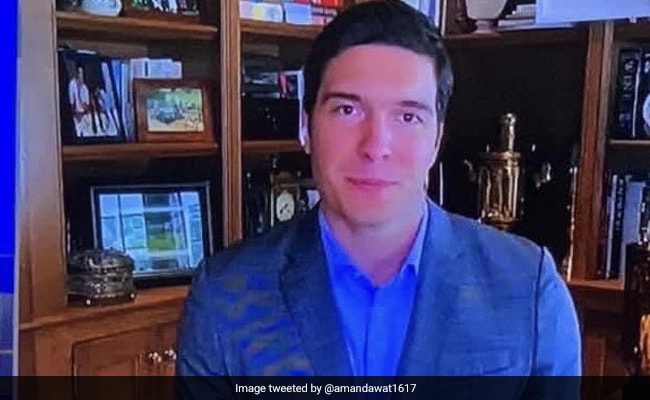 Will Reeve appeared on 'Good Morning America' without his pants.

Working from home comes with its own set of perks - lounging comfortably on the bed or couch during office hours, unlimited snacking and wearing whatever you want. Some of these perks do not apply when you must appear on TV as part of your job, as one ABC News reporter recently found out the hard way. Reporter Will Reeve appeared Tuesday on 'Good Morning America' for a segment about pharmacies using drones to deliver prescriptions to patients - and was caught with no pants on during the live broadcast.

According to CNN, the 27-year-old acted as his own cameraman for the broadcast from home, but failed to angle the camera such that it hid his pants-less legs. Will Reeve initially appeared to be wearing a full suit on 'Good Morning America', but eagle-eyed viewers quickly noticed that he had no pants on below his suit jacket and took to Twitter to call him out.

This quarantine is already affecting my vision, nobody sees something strange at the end? Or am I the only one who sees reporter Will Reeve without pants! pic.twitter.com/J9DDIRB6CF

While graphics at the bottom of the screen initially covered up his exposed leg, it wasn't always the case.

Hey put some pants on my guy pic.twitter.com/PpCIBRrjP5

Mr Reeve assured one Twitter user that he was wearing shorts underneath his suit.

He later admitted to wearing workout clothes below the suit jacket. "When WFH goes wrong (or, your self-framed live shot goes too wide)," he wrote on Twitter while sharing a note explaining that he got ready for his post-GMA workout too early.

"The camera angle, along with friends, family and several hundred strangers on the social media made me rethink my morning routine," the reported quipped.

When WFH goes wrong (or, your self-framed live shot goes too wide).
Hope everyone got a much needed laugh ???? pic.twitter.com/GbyLBhL7Be

Will Reeve is not the only reporter to be caught in a WFH blunder. Recently, a reporter for Suncoast News Network was filming in her kitchen when she was interrupted by her shirtless father walking into the frame.