The nine other finalists will receive over $55,000 each. 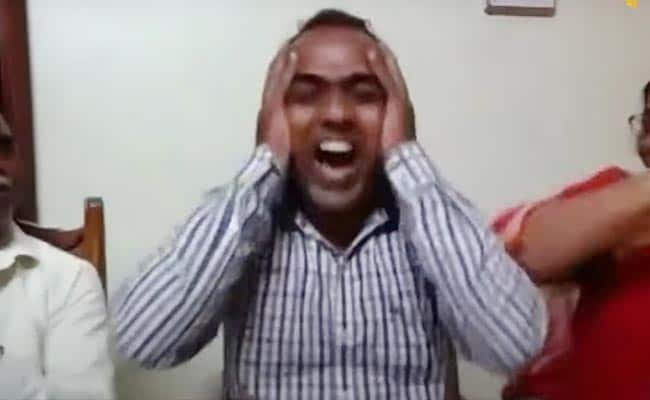 Ranjitsinh Disale won the laurel for his work on girls' education and QR coded textbooks.

A teacher who instinctively followed his own teaching at his very moment of global glory and unprecedented fortune: Ranjitsinh Disale of India just demonstrated to the world what that meant. The 32-year-old primary school teacher from Maharashtra on Thursday won the annual Global Teacher Prize 2020, only to share the approximately Rs 7.4 crore prize money with nine of his fellow finalists, perhaps the first time in history that such a gesture was made.

The world was floored all over again.

"Teachers are the real changemakers…I am very pleased to announce that I will share 50 per cent of the prize money equally among my fellow top 10 finalists to support their incredible work. I believe, together, we can change this world because sharing is growing," Mr Disale of Solapur's Paritewadi village said, according to PTI.

Mr Disale won the laurel for promoting girls' education and his attempts to spark a quick-response (QR) coded textbook movement in India.

The scope of his professional efforts were hardly betrayed by the unassuming charm of the moment he was declared winner by veteran British actor and writer Stephen Fry during a virtual ceremony on Thursday.

With his parents seated on either side, Mr Disale burst out in excitement like one of his many young students would, shouting and applauding in joy. As his mother embraced him, his father called in another relative into the frame, making for an exhilarating family moment - all on live camera.

From Maharashtra Governor Bhagat Singh Koshiyari to state Chief Minister Uddhav Thackeray, Mr Disale's achievement was being praised by everyone.

Shri Disale's work of generating interest about education among children from rural areas, through innovative ideas and use of technology are commendable and worthy of emulating by others

"What an inspiring story from India! Top teacher wins $1m and gives half away," tweeted Congress leader Shashi Tharoor.

In any case, Mr Disale's achievements in Paritewadi village have already made him a legend in the region.

When he arrived there in 2009, the village school was a dilapidated building, sandwiched between a cattle shed and a storeroom, says a PTI report. He turned things around radically, ensuring local language textbooks, embedded with unique QR codes to give students access to audio poems, video lectures, stories and assignments. As a result of his interventions, the report says, no teenage marriage has been reported in the village and there has been 100 per cent attendance of girls at the school.

For the Global Teacher Prize, Mr Disale first made it to a final list of 10 from over 12,000 nominations and applications from over 140 countries.

His fellow finalists are Olasunkanmi Opeifa from Nigeria, Jamie Frost from the UK, Carlo Mazzone from Italy, Mokhudu Cynthia Machaba from South Africa, Leah Juelke from the US, Yun Jeong-hyun from South Korea, Samuel Isaiah from Malaysia, and Doani Emanuela Bertan from Brazil.

"By sharing the prize money, you teach the world the importance of giving," said Indian education philanthropist Sunny Varkey, the founder of the prize.