"Everyday, I'd ask the coach to teach me too. He'd reject me because I was malnourished," said Rani Rampal. 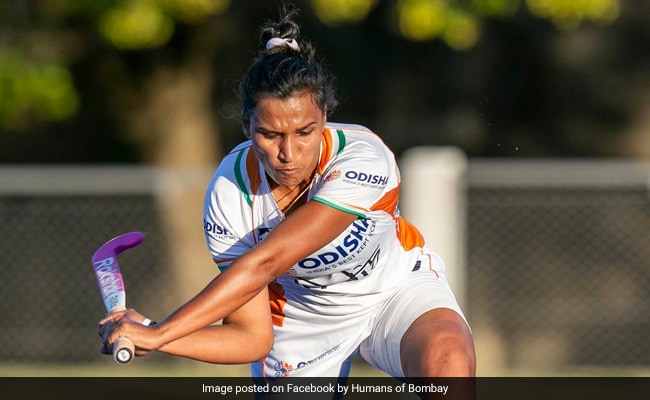 Rani Rampal is captain of the Indian women's hockey team.

Rani Rampal, captain of the Indian women's hockey team, has much to celebrate today. The Indian women's hockey team stunned Australia to enter the semi-finals in the Tokyo Olympics - and with this win, Rani Rampal is one step closer to realising her Olympic gold dream. In an interview with Humans of Bombay last week, she had explained how she wants to repay her coach and her family for their support with an Olympic gold medal. "I'm determined to repay them [her family] and coach with something they've always dreamed of- a gold medal from Tokyo," she had said.

Rani Rampal's journey from a child who could not afford a hockey stick to becoming the youngest player in the national women's hockey team to participate in the 2010 World Cup (she qualified when she was only 15), is nothing short of inspirational. The 26-year-old opened up about her journey in the interview with Humans of Bombay.

"I wanted an escape from my life; from the electricity shortages, to the mosquitoes buzzing in our ear when we slept, from barely having two square meals to seeing our home getting flooded when it rained," she said.

Rani Rampal's mother worked as a maid, her father was a cart-puller. There was a hockey academy near their home, and Rani would spend hours watching the teams play, and longing to join them. Her father, who earned around Rs 80 a day, could not afford to buy her a hockey stick, she recalls.

"Everyday, I'd ask the coach to teach me too. He'd reject me because I was malnourished," said Rani.

Undeterred, she found a broken hockey stick and began practicing on her own. Finally, after a lot of convincing, the coach decided to give her a try - but it wasn't all smooth-sailing from there.

At the academy, all children were expected to bring 500ml of milk every day. "My family could only afford milk worth 200 ml; without telling anyone, I'd mix the milk with water and drink it because I wanted to play," Rani told Humans of Bombay.

Moreover, everyone was expected to start training early in the morning. With no clock at home, her mother would stay up and look at the sky to check if it was the right time to wake Rani up.

But the hockey player found support in her coach too, not just her family. "He'd buy me hockey kits and shoes. He even allowed me to live with his family and took care of my dietary needs. I'd train hard and wouldn't miss a single day of practice," Rani Rampal remembered.

After earning her first salary - Rs 500 on winning a tournament - Rani handed the money to her father. "He hadn't ever held so much money in his hands before. I promised my family, 'One day, we're going to have our own home'; I did everything in my power to work towards that."

After several state championships, Rani Rampal got the national call when she was 15. "With my family's support, I focused on doing my best for India and eventually, I became captain of the Indian hockey team!" she said.

Four years ago, Rani was able to fulfil the promise she had made her family - she bought a house for them. " We cried together and held each other tightly! And I'm not done yet; this year, I'm determined to repay them and Coach with something they've always dreamed of- a gold medal from Tokyo," she concluded.

Rani Rampal's inspiring journey from broken hockey sticks to the Tokyo Olympics has struck a chord with social media users. While her post has racked up thousands of 'likes', the comments section has been flooded with people congratulating and complimenting the athlete.

"Brought tears to my eyes. This woman from Madagascar will be rooting for India's hockey team!" wrote one Facebook user.

"As a hockey player myself, I salute you. Your determination and courage in the face of so adversity, is encouraging. I am glad that you are an inspiration," another said.