"Wow. She looks so beautiful," wrote one person in the comments section 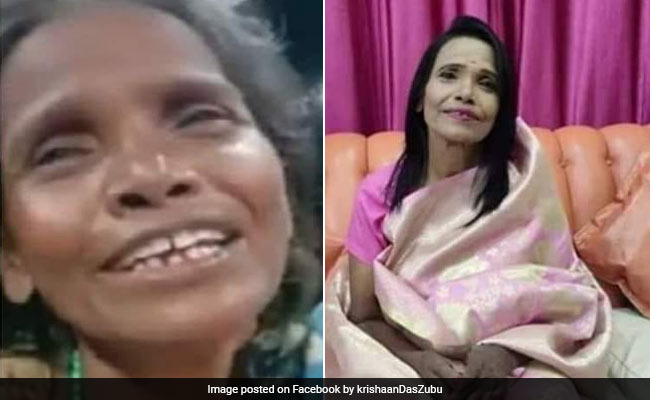 In an incident that illustrates the power of social media, a woman whose video went viral for her melodious voice has now received a makeover, along with offers to appear on singing shows. The woman, identified as Ranu Mondal, mesmerised millions with her soulful rendition of Lata Mangeshkar classic Ek Pyar Ka Nagma Hai. Her video, shot at the Ranaghat railway station at West Bengal, went viral last week. It has been viewed over 4 million times on Facebook, where it was shared by a page called 'BarpetaTown The place of peace'.

On Thursday, the page shared an update on the incident, informing their followers that Ms Mondal had received a makeover after the viral video. She has also received multiple offers to appear on singing and talent hunt shows, the owner of the page, Krishaan Das Zubu, told NDTV.

Take a look at the post below, which shows Ms Mondal at what appears to be a beauty parlour:

And a pic after the makeover:

The post has received a lot of love online, collecting over 1,000 'likes' and hundreds of comments.

"Wow. She looks so beautiful," wrote one person in the comments section. "So happy for her," said another.

Listen to her rendition of Ek Pyar Ka Nagma Hai below:

Let us know what you think of this story using the comments section.