While everyone knows PV Sindhu as the golden girl of Indian badminton, here are some lesser-known facts about the athlete. 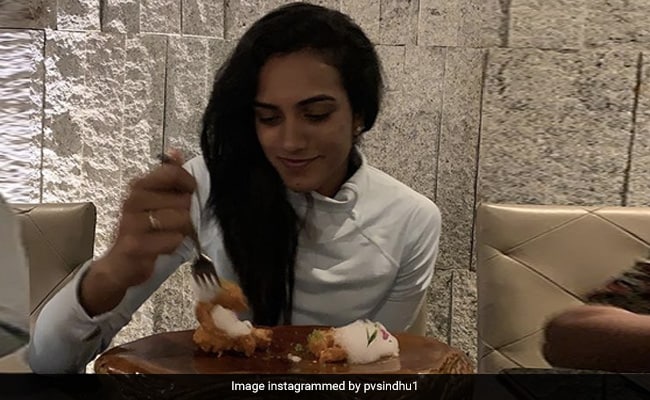 PV Sindhu  defeated He Bing Jiao of China to win a bronze medal at the Tokyo Olympics 2020. The ace shuttler become the first Indian woman to win two individual Olympic medals. PV Sindhu, 26, delivered a straight-game win over World No.5 Japanese Akane Yamaguchi at the Tokyo Olympics 2020 to reach the semifinals, but it still wasn't enough as she went up against World No.1 Tai Tzu Ying of Chinese Taipei. Sindhu lost the semi-final clash 18-21, 12-21 and took on on China's He Bing Jiao in the bronze medal match today. She defeated He Bing Jiao 21-13 and 21-15.

While everyone knows PV Sindhu as the golden girl of Indian badminton, here are some lesser-known facts about the athlete.

1. Both her parents are athletes too

Pusarla Venkata Sindhu was born on July 5, 1995 to PV Ramana and P Vijaya. Both her parents were elite athletes - volleyball players at the national level - so PV Sindhu's interest in sports comes as no surprise. Her father, in fact, received the Arjuna Award in 2000 for his contribution to the sport of volleyball.

PV Sindhu displayed an interest in badminton at a young age, and she was able to pursue it thanks to her parents. For more than 12 years, her father would wake up at 3 am to take her to Pullela Gopichand's academy where she trained. The distance they travelled was around 60 kilometres twice a day. "From Marredpally he used to drop and pick her (Sindhu) up from Gopichand's Academy at Gachibowli, driving 60-km twice a day. Only recently he shifted close to Gopi's academy," JBS Vidyadhar, a former India doubles player, told Sportstar.

3. She missed her sister's wedding for a badminton tournament

PV Sindhu's elder sister, P Divya, got married in Hyderabad in 2012, but the badminton player could not attend the wedding because of a tournament. PV Sindhu, then-17-years-old, was playing in the Syed Modi International India Grand Prix Gold in Lucknow at the time. "Yeah I will be missing her wedding. I can't help it now having reached the final," she had said, smiling.

4. She once went without her phone for three months

In 2016, PV Sindhu became the first Indian badminton player to win an Olympics silver medal. To help her focus on training for the Olympics, her coach Pullela Gopichand took her phone away from her for a whole three months. "Sindhu did not have her phone during the last three months. The first thing is I would return her phone," an elated Gopichand had said after Sindhu's silver winning feat in the 2016 Rio Olympics.

5. Sachin Tendulkar gifted her a car after 2016 Rio Olympics

Winning silver in the Olympics was, of course, a very special moment for Sindhu. It was made even more special when 'Master Blaster' Sachin Tendulkar honoured her win with a gift. Sachin Tendulkar presented PV Sindhu with a BMW car for her Rio feat.

6. She likes swimming and meditation

When she is not training, PV Sindhu likes to recharge by swimming, yoga and meditation. "I meditate to stay calm," she told NDTV back in 2019. Her Instagram pics often show her in swimming pools.

PV Sindhu's biggest competition is not one of the badminton greats - it's someone much closer to her. Shortly before the Olympics, PV Sindhu took to Instagram to share a video which shows her going up against her "toughest competition" - her pint-sized nephew Aaryan. "He also happens to be my biggest supporter," she clarified.

8. She is a big-time foodie

PV Sindhu's Instagram confirms that she is a foodie. Delicious looking dishes and references to food feature often on her timeline. One of her favourite foods is sweet curd - and she had to abstain from it while training for the 2016 Olympics. "I had deprived her from having sweet curd which she likes most. I also stopped her from eating ice-cream. Now she can eat whatever she wants," coach Pullela Gopichand had declared after her win.