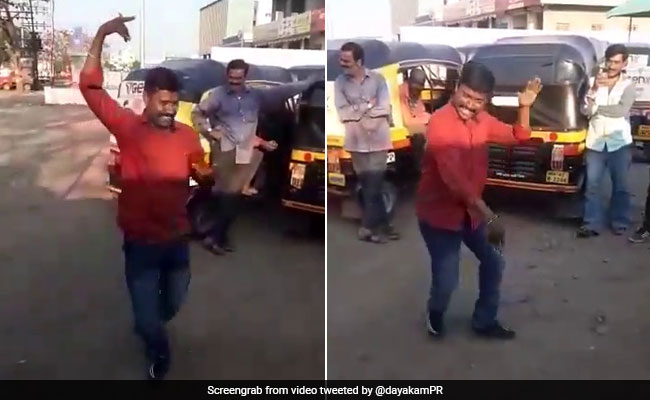 An auto driver's Lavani performance has gone viral on social media, impressing thousands of viewers. In a video shared on Twitter, the autorickshaw driver from Maharashtra was seen dancing to the popular song 'Mala Jau Dyana Ghari' at an auto stand.

The video was shared on the microblogging platform by Dayanand Kamble, Deputy Director of Maharashtra Information Centre, who identified the driver as Babaji Kamble, a resident of Baramati in Pune district.

Dressed in a red shirt and blue jeans, Mr Kamble was seen performing in front of a small group of people on a road. The performance, just under four minutes long, was much appreciated on Twitter for the dancer's graceful moves and eye-catching expressions.

He is #BabajiKamble an auto driver from Baramati, #Pune. Make him famous. https://t.co/OjMaHyV92T

The Lavani performance has been viewed more than 1.2 lakh times on Twitter, where many praised the auto driver and said they "loved" his performance.

"Couldn't take off my eyes from him, the expressions are as awesome as a Lavani Dance.." wrote one Twitter user.

"Such elegant dance and expressions," another remarked, while a third said: "Love it. And love how he dances without the fear of being judged.."

Lavani is a popular folk dance of Maharashtra. It is usually a combination of song and dance performed to the beats of a dholki.

What do you think of Babaji Kamble's video? Let us know using the comments section.