Born in India, Priyanca Radhakrishnan, 41, went to school in Singapore before moving to New Zealand to further education. 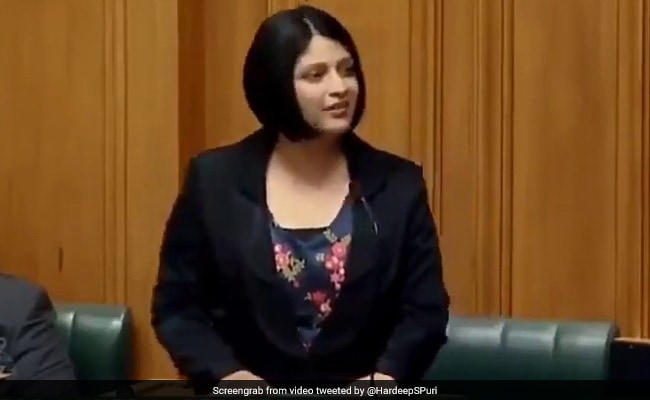 Born in India, Priyanca Radhakrishnan, 41, went to school in Singapore before moving to New Zealand to further education, according to news agency PTI. She was elected as a Member of Parliament belonging to the Labour Party in September 2017. Three years later, she became the country's first Indian-origin minister after Prime Minister Jacinda Ardern inducted five new ministers into her cabinet.

In the video, Ms Radhakrishnan, who has her roots in Kerala, can be heard speaking a few lines in Malayalam before saying, "Mr Speaker, I believe that it's the first time my mother tongue, Malayalam, has been spoken in this house." The video is from a parliament session from November 2017.

The old clip has gone viral with thousands of views on the microblogging platform.

Priyanca Radhakrishnan was born in Chennai, Tamil Nadu, to Malayali parents. On Monday, she was appointed as Minister for the Community and Voluntary Sector, Minister for Diversity, Inclusion and Ethnic Communities, and Associate Minister for Social Development and Employment in New Zealand PM Jacinda Ardern's new government line-up.

Kerala Chief Minister Pinarayi Vijayan was among those who praised the big career leap.

"It gives us immense happiness to learn that Priyanca Radhakrishnan (@priyancanzlp) became the first-ever Indian-origin minister of New Zealand. The Labour party leader has her roots in Kerala. On behalf of the people of the State, we extend our warmest greetings. (sic)," he tweeted.