"Prince William is quite a good actor - and a very good sport," wrote one person in the comments section. 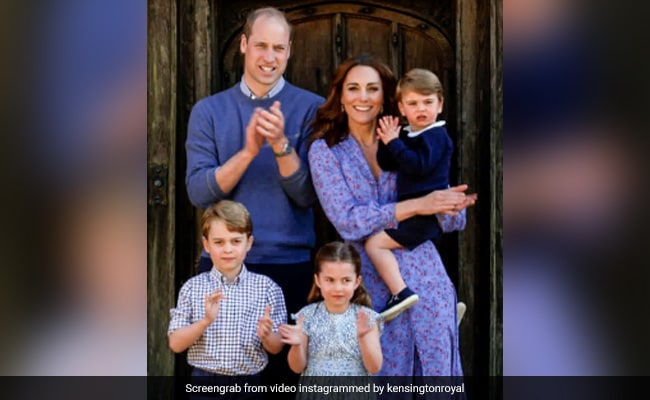 Prince William starred in a Blackadder sketch for charity.

Prince William made a surprise appearance on the BBC's The Big Night In for a coronavirus fundraiser, marking his debut in comic acting. The Duke of Cambridge starred as himself in a Blackadder sketch alongside Stephen Fry, who reprised his iconic role as Lord Melchett for the comedy sketch that aired on Thursday night.

According to Evening Standard, the duke is a big fan of Blackadder - a historical comedy that also starred Rowan Atkinson and Sir Tony Robinson. He was keen to take part in the sketch when asked by the BBC.

The sketch featured Prince William sitting down for a video call with Stephen Fry, who was in character as Lord Melchett. He poked fun at himself, joked about the Royal Family, spoke about homeschooling and asked Lord Melchett for TV recommednations, all for a good cause - a collaboration between Children In Need and Comic Relief to raise money for charity amid the coronavirus pandemic.

You can watch a video of the Blackadder sketch below:

Since being shared on YouTube, the video has collected over 40,000 views and a ton of amused comments.

"Prince William is quite a good actor - and a very good sport," wrote one person in the comments section.

"He is absolutely wonderful," another wrote.

After the sketch ended, the duke went on to clap for 'Clap for Carers' with wife Kate and his three children - applauding the National Health Service and other frontline workers in the fight against coronavirus.