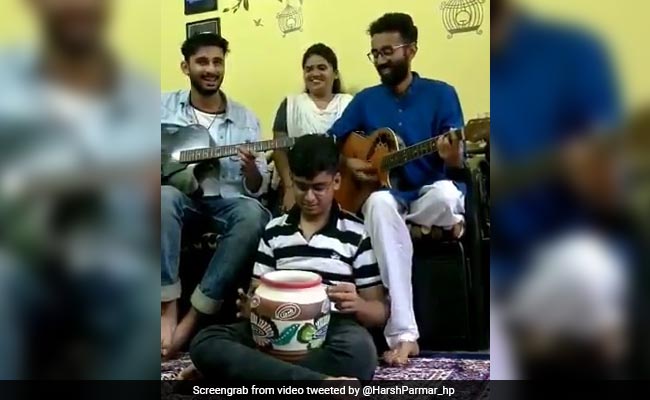 This group's rendition of 'Bumbro' is winning hearts.

A group's melodious rendition of the song 'Bumbro' from Mission Kashmir has created a buzz on Twitter. Musician and percussionist Harsh Parmar took to the microblogging platform on Friday to share a video which shows a woman singing the hit song from the 2000 film while three others play instruments around her to create a version that has impressed many. Among those who praised the group's recreation of 'Bumbro' was actor Preity Zinta, on whom the original was picturised.

"Our attempt to play this wonderful song from movie Mission Kashmir," wrote Harsh Parmar while sharing the video. He also urged people to wear earphones while listening to the song and tagged Preity Zinta, Hrithik Roshan and musical trio Shankar Ehsaan Loy. Watch the video below:

Since being shared on the microblogging platform, the video has been viewed nearly 25,000 times and has collected hundreds of 'likes' and comments.

Actor Preity Zinta called the rendition "beautiful" in the comments section. "This is so beautiful. Love it," she wrote.

Many other Twitter users also praised the four musicians, while some requested that they cover the entire song.

"Just fantastic," wrote one, while another remarked, "This is absolutely outstanding.. loved it."

This isn't the first time that Twitter has been captivated by musical talent. Recently, a farmer from Punjab and his wife went viral for their rendition of Lata Mangeshkar and Mohammed Rafi's 'Aawaz Deke Humen Tum Bulao'.

CIA Challenged People To Find 10 Differences In This Pic. They Found More