PM Narendra Modi clicked the photo of a tiger during his Nandan Van Jungle Safari in Chhattisgarh.

Raipur: Prime Minister Narendra Modi tried his hand at wildlife photography when he visited the Nandan Van Jungle Safari in Chhattisgarh on Tuesday.

In images widely shared on social media, he was seen squinting into the camera and leaning close for a shot, with a tiger staring into the lens.

He was given a tour by Chief Minister Raman Singh, who has been promoting Naya Raipur as a new hub for investments and projects. 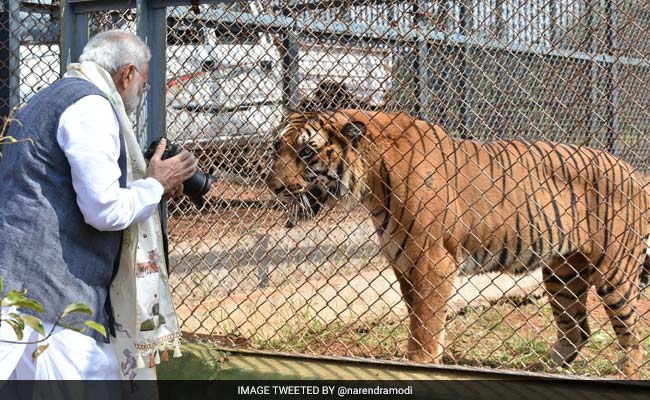 Promoted
Listen to the latest songs, only on JioSaavn.com
"On a day like this, we remember the work of our beloved Atal (Behari Vajpayee) Ji. He was the one who made Chhattisgarh," he wrote. 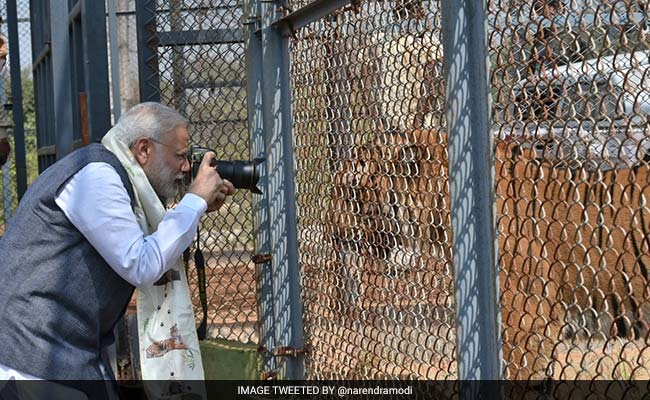 The jungle safari, described by PM Modi as Raman Singh's "pet project", is spread over 800 acres of land.

Besides tigers, it will showcase bears, lions, deer, chimpanzees and a variety of other animals.