"I'm soooooo good at my job," quipped Shibani Dandekar while sharing the video 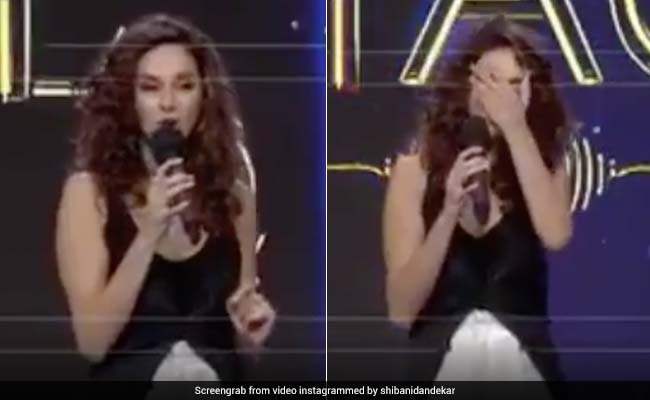 Shibani Dandekar is the host of music talent hunt show 'The Stage'.

If you need a laugh this Friday, look no further than Shibani Dandekar's latest Instagram post. The host of music talent hunt show The Stage shared a hilarious video on Friday afternoon which shows her stumbling her way through a segment of the TV show. The behind-the-scenes bloopers video has collected thousands of views within minutes of being posted.

"If even two judges give them the single," she continues, misspeaking again in saying 'single' instead of 'signal'.

She then continues in this vein throughout the short video, prompting one of the judges to jokingly say "so bad."

"I'm soooooo good at my job," quipped Shibani while sharing the video. "Please hire me! For further enquiries please contact my manger!" she added in her hilarious caption.

The bloopers clip has collected over 9,000 views since being shared online.

"Best blooper!" wrote one Instagram user in the comments section. "Hahahaha love it," said another. "You're brave to share this," a third praised.

Apart from The Stage, Shibani Dandekar is best known for hosting TV shows like Style And The City and Top Model India. She has also featured in films such as Roy and Shaandaar, and is currently filming the Telugu and Tamil remakes of 2014 film Queen.