Read inOther Languages
This Article is From Apr 24, 2020

"That dog is well-trained," said the dog's owner. 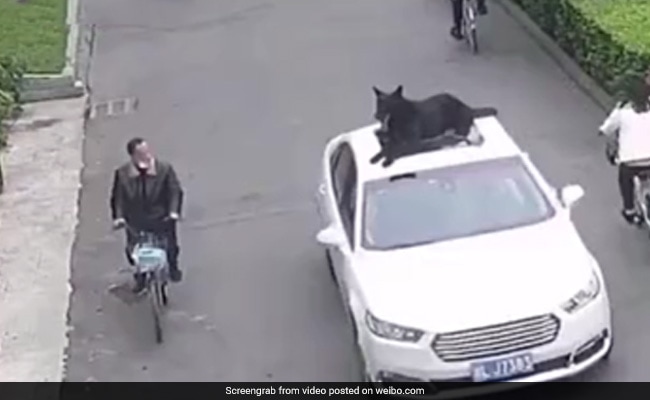 A viral video shows a dog riding on top of a car.

Multiple people called police after spotting a man driving around with a dog on top of his car in China. CCTV footage shared by Leshan Traffic Police from the country's Sichuan Province shows the black dog riding around on top of its owner's car without a harness.

According to Daily Mail, on being questioned, the driver told cops he had put his dog on the roof as there was no room inside the car. The unnamed man said he was taking the dog to the vet for an injection but had stuff piled on his backseat, because of which he could not let the dog sit there.

"I was worried that the dog would suffocate being inside the trunk, but I had stuff piled in the backseat that day," he said. On being asked whether he was afraid the dog would jump off the car, the pet owner replied, "That dog is well-trained".

A video of the incident shows the black dog sitting patiently on the roof of the moving car and even standing up for some time. When it slid down the windshield at one point, the car stopped to let it climb back up.

The video was shared by Leshan Traffic Police on Chinese social media platform Weibo. You can watch it here.

It is not clear if the Leshan resident received any punishment or a fine for his action, although he later said that his behaviour had been thoughtless.