"Anybody who is waiting in line deserves to be, I think, thanked and encouraged and recognized, and that's what we wanted to do," he said. 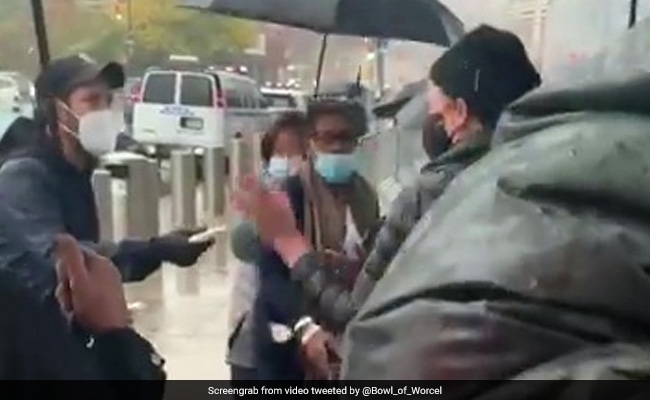 This actor handed out cookies to voters standing in the rain.

Paul Rudd - who often features in lists naming the nicest Hollywood celebrities - is once again winning hearts with his thoughtfulness. The Ant-Man star was filmed handing out cookies to voters standing in the rain in New York in a video that is going viral on social media.

According to CNN, Paul Rudd spent Thursday morning handing out blueberry-and-cream cookies to early voters in Brooklyn. He was recorded handing out sweet treats to people lined up outside a polling centre, waiting to cast their ballots.

"I want to thank you for coming out and voting and doing your part," Paul Rudd said in a Twitter video posted by Brian Rosenworcel. Mr Rosenworcel, a drummer for the rock band "Guster", told CNN he was in line to vote at the Barclay's Center when Mr Rudd began to hand out cookies.

"I was standing in line and I thought Paul was just there to vote, but then he starts handing out cookies to people in line," Mr Rosenworcel said. "And he waited to greet people as they exited to say thanks for voting in the rain."

I'm voting in Brooklyn and Paul Rudd is handing out cookies pic.twitter.com/XH4ikButCL

The act of kindness has won hearts on Twitter, with the video collecting nearly 4 million views.

"I wouldn't normally eat something from somebody I don't know, but I'd definitely eat a cookie from Paul Rudd," wrote one person in the comments section.

"Paul Rudd couldn't get more adorable. What a lovely human being," said another.

The actor spoke to NowThis later in the day and said, ""One of the things that's been really encouraging is seeing how many people are coming out early and voting all across the country.

"Anybody who is waiting in line deserves to be, I think, thanked and encouraged and recognized, and that's what we wanted to do. We figured people would be waiting in line in the rain, and they are."