This optical illusion video will leave you scratching your head 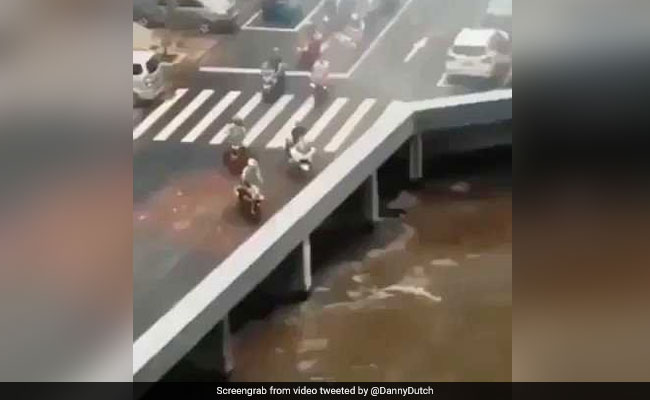 A viral video shows traffic seemingly disappear off a bridge.

Optical illusions often go viral on social media, leaving netizens confused and eager to figure out what is happening. The latest optical illusion that has gone viral online is a very confusing video that shows cars on a bridge seemingly disappear as they drive towards a river. The video, tweeted by a user named Daniel on the microblogging website, shows a stream of traffic seemingly disappearing as it drives off the bridge.

"Yes, the traffic just disappears," confirmed Daniel while sharing the video online, where it has been viewed over 63,000 times.

Of course, the confusing video has left everyone scratching their heads - with many joking that the bridge is similar the infamous Bermuda Triangle.

They'll all probably wind up on Diagon Alley. #HarryPotter

Others assumed the traffic was making its way to another dimension

Its a portal to another dimension pic.twitter.com/Nk9kJwwCOs

Eventually, however, a few people managed to figure out what was actually happening in the video. A Twitter user explained that the bridge in question was not actually a bridge but a regular road. The 'river', meanwhile, was just a roof of a parking lot that the cars were driving into.

The video has been shot from the roof of a terrace. The water & dirt accumulation gives the appearance of a river & the terrace wall appears like a bridge

Video shot from the 2nd floor and the building we are seeing is of two floors i.e., ground and first, first floor is the roof and there is underpass on the ground floor of that building..

What do you think of this optical illusion? Let us know using the comments section below.