Want To Stay At The Iconic 'Home Alone' House? Here's How You Can

The house will open its doors on December 12 and will be available with booby traps and a tarantula. 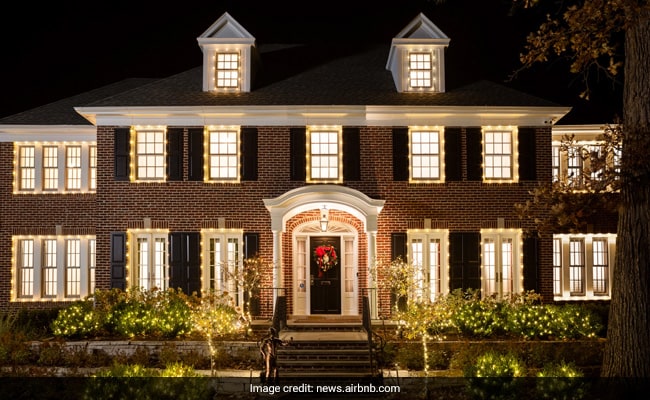 If you have watched the 1990 classic movie Home Alone, you might have wondered about the booby traps and the quirky features inside the house where 8-year-old Kevin McCallister, played by Macaulay Culkin, is accidentally left behind when his family leaves on vacation for France. Well, people interested in the house can now live there for one night. Vacation rental company Airbnb announced the news on Wednesday that the house, belonging to the McCallister family in the film, can be booked from December 7. The home will open its doors to visitors from December 12. But one can avail of it for a night only.

In an Instagram post on its official handle, Airbnb stated that actor Devin Ratray, who played the role of Buzz McCallister, Kevin's elder brother, in the movie, its 1992 sequel Home Alone 2: Lost in New York and the recently released Home Sweet Home Alone, will be hosting the guests at the house in Chicago area.

“Guests will enjoy a cozy holiday scene with a perfectly trimmed tree included, booby traps galore (but don't worry – you'll be setting them, not sidestepping them!), Chicago's finest pizza, and a meet and greet with a real-life tarantula,” read the post.

Airbnb also shared a series of photos showing the interiors of the house.

A note on the Airbnb website also stated that “in honor of the first-ever stay at the McCallister home, Airbnb will make a one-time donation to Chicago's La Rabida Children's Hospital, which is dedicated to maintaining and improving the quality of life for each of its patients with complex conditions, disabilities, and chronic illness”.

Mr Ratray, now 44 years old, told PEOPLE that the house would be “decorated exactly the way it was 31 years ago and complete with treats and tricks”.

Another report in The Washington Post quoted Mr Ratray as saying that guests staying at the house would be able to watch the recently released Disney Plus movie, Home Sweet Home Alone. In this movie, Mr Ratray returns after almost 30 years to play Buzz yet again, who is now a policeman.

On Instagram, while some fans of the movie felt that this offer brought “back childhood memories”, others asked Airbnb ways to “get in the draw”.

There was one fan who even asked Airbnb if heating facilities would be available, considering it was winter. To this, Airbnb Replied That “there will be heating and all the facilities”.

One user also commented that they started “started watching Home Alone a couple of weeks before Thanksgiving this year”, and added that it was “always the best way to start the holiday season.”

Irrespective of whether they a booking or not, as one user pointed, that this was “a Chicagoans dream”.