Nothing Says #MondayMotivation Like These Walruses Doing Perfect Sit Ups 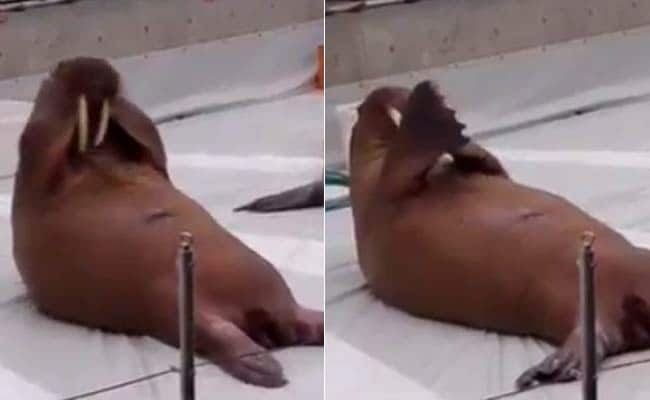 Both walruses also clap for themselves after completing their required set.

Every Monday brings with it a desperate need for some kind of motivation, something to help us make it through a new work week. This week's inspiration comes in the form these adorable walruses and their pursuit of the perfect abs.

A video tweeted by People's Daily, China last evening, shows two walruses doing a bunch of perfect sit ups. What's even cuter is how they clap for themselves after completing their required set.

Promoted
Listen to the latest songs, only on JioSaavn.com
Just look at them... they're so cute.

Hilarious walruses working on their abs by doing perfect sit ups...and applauding for themselves at the end pic.twitter.com/w5XqAsolqp

While a few on Twitter have criticized the video as exploiting animals, most others have tweeted saying the walruses are delightful.