Nosy Raccoon Gets Head Stuck In Generator. How It Was Rescued

It's all fun and games - until you get your head stuck in a generator. 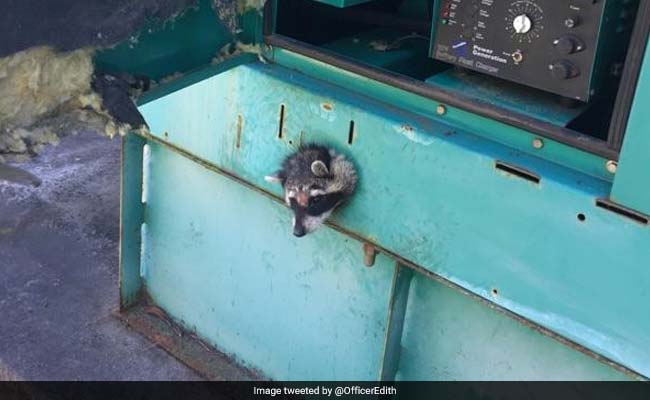 The raccoon was sedated and rescued from the generator.

Pictures of the stuck raccoon were shared on Twitter by Officer Edith of San Francisco Animal Care and Control. The animal's head can be seen in the photographs, protruding through a small opening in the steel generator, while its body appears to be inside the machine.

"You're not going to post those anywhere are you?"
"No, no, just documenting the scene is all.
" pic.twitter.com/zhc155U6E4

The raccoon was initially distressed and thrashing around, and had to be sedated before it could be rescued, said Acting Lt. Eleanor Sadler of San Francisco Animal Care & Control to NBC News.

However, once it was rescued and examined for injuries, it was declared fit and released.

Promoted
Listen to the latest songs, only on JioSaavn.com
"She scampered off happily," said Ms Sadler.