"Never Ran So Fast," Says Woman Who Found Snake Among Laundry In Dryer 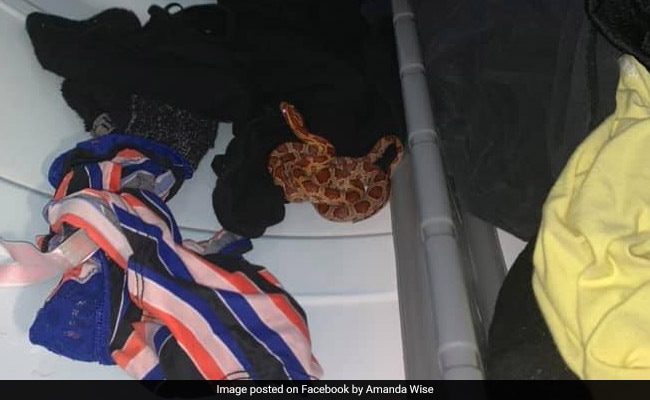 A Florida woman found a rat snake curled up in her laundry.

A Florida woman says she had a "near death experience" on finding a snake among her clothes. Amanda Wise was doing laundry on Sunday morning when she came face to face with the unwelcome visitor - a snake in her dryer.

"I about had a near death experience this morning," wrote Amanda in a Facebook post that is gaining attention online. In the post, she explains that she saw the snake when she bent down to grab her laundry from the dryer. In the comments section of the post, she adds that the snake appeared to be a corn snake - a species of rat snakes commonly kept as pets.

"I have never ran so fast in my life. My heart was racing, my legs were shaking and I burst into a sweat," she wrote. She adds that her husband managed to safely remove the snake from the washing machine and place it outside.

Since being shared online, the post, which features two pictures of the snake, has collected a ton of responses.

"I would never do laundry again!!" wrote one person in the comments section. "Omg so scary," said another.

Last year, a woman in Florida received a shock on finding a venomous rattlesnake in her garage.