Public Navratri celebrations are now back after a two-year lull due to the coronavirus pandemic. 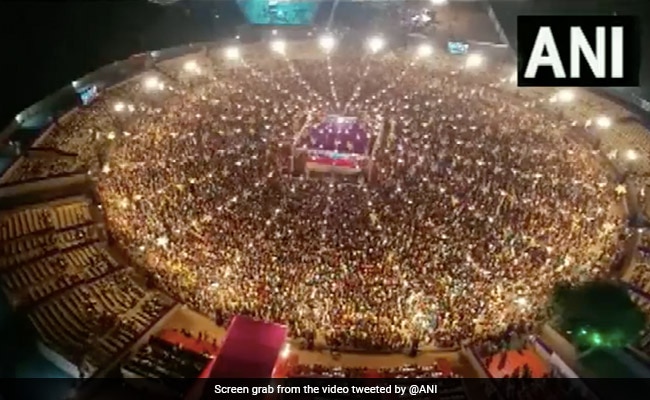 The video has gone viral on social media

With Navratri celebrations in full swing, thousands of devotees were seen playing the Garba in Vadodara Navratri Festival (VNF) in Gujarat on Friday.

Public Navratri celebrations are now back after a two-year lull due to the coronavirus pandemic.

Drone footage from the VNF shows a stunning video of thousands of Garba enthusiasts moving around in almost perfect sync with each other.

The video has gone viral on social media and has garnered thousands of views.

"ABSOLUTE WOW! Gujarat does everything in grand scale!" said another.

While many admired the stunning visuals, some were quick to advise caution.

"Very nice to watch but I hope admin takes adequate measures for safety. It doesn't take long for happy occasions to change into sad ones," wrote one person.

Garba celebrations have popped up all across the country since the start of Navratri.

A video of a group of women performing Garba on a Mumbai local train was viral a couple of days ago, fetching millions of views on the internet.