Police Constable S Kolekar is receiving a ton of praise on social media. 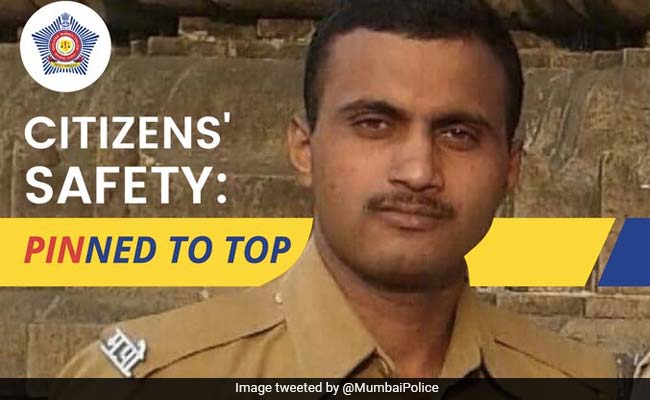 Social media users are full of praise for a Mumbai Police Constable who helped save the life of a 14-day-old baby. The infant had accidentally swallowed a safety pin, Mumbai Police said on Twitter. In a tweet praising Constable S Kolekar, the police department said that he used his own vehicle to rush the choking infant to a hospital where he could receive timely treatment.

According to the tweet, Mr Kolekar saw the parents standing with their baby on a road. On learning that the infant had accidentally swallowed a safety pin, the police constable wasted no time in helping the worried family reach Mumbai's King Edward Memorial Hospital, which is located in Parel. He used his own vehicle to drive the family to the hospital, where medics helped the baby.

"A 14 day old baby was choking on a safety pin he had accidentally swallowed," Mumbai Police wrote on the microblogging platform, sharing a picture of the cop whom many have hailed a hero. "PC S Kolekar spotted the worried parents on the road and rushed the kid to KEM using his own vehicle, where the child received timely treatment," the department added.

When in doubt, find your nearest cop!

A 14 day old baby was choking on a safety pin he had accidentally swallowed. PC S.Kolekar spotted the worried parents on the road & rushed the kid to KEM using his own vehicle, where the child received timely treatment.#MumbaiFirstpic.twitter.com/yCVNxFQKvW

Mumbai Police's post has received over 3,000 'likes' since being shared this morning. The tweet has also earned Constable Kolekar a ton of praise and goodwill on social media. Many Twitter users thanked the cop for his presence of mind and quick-thinking in helping the family.

"Respect! Love you Mumbai Police for all that you do for the people," wrote one person in the comments section.

"Salute to the braveheart who saved a baby's life!" another said.

Choking is common in young children as their small airways can easily get obstructed, coupled with the fact that babies often put objects in their mouths as they begin exploring their environment. Here are nine expert-recommended tips to follow when a baby is choking.