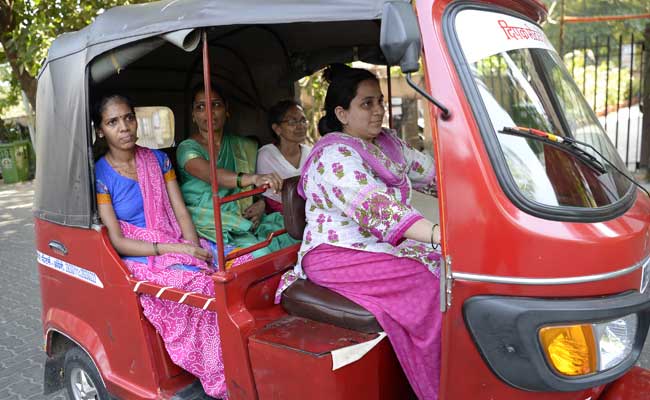 Chaya Mohite slowly turns the accelerator as she carefully edges the salmon-coloured rickshaw forward, one of Mumbai's first female auto drivers to make use of a government scheme aimed at empowering women.

The 45-year-old was one of 19 women who recently started jobs ferrying passengers through the notoriously congested streets of the financial capital in their new three-wheelers.

"This job is much better than doing household work. I can make more money and it helps us secure our futures," Ms Mohite told AFP as she got in some last minute practice.

The mother of three has spent the past two months learning how to drive at a training centre in Mumbai's eastern suburbs and is thrilled with her new skills and financial prospects.

"I couldn't even ride a bicycle but today I can drive an auto rickshaw. I'm independent and it makes me happy," says Mohite, who hopes to earn 1,000 rupees a day.

She is benefitting from a scheme introduced by the state government of Maharashtra that reserves five percent of rickshaw permits for women.

It announced the plan in early 2016, saying that 465 licences would be made available for women in Mumbai and the neighbouring district of Thane.

Unlike similar schemes in New Delhi and Ranchi, where some pink autos are driven by women for women as a safety initiative, the Maharashtra drivers take both male and female passengers. 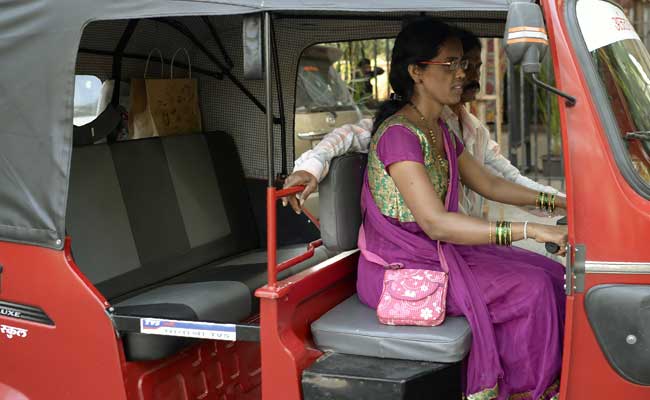 Services started in Thane last year but Mohite and her new colleagues, who will sport white lab-coat-like uniforms, are the first to ply the streets of India's most populated metropolis.

"I've taught them the A to Z of auto-rickshaw driving. They are now experts and have passed an official RTO (Regional Transport Office) test," Sudhir Dhoipode, the women's instructor, told AFP.

Mr Dhoipode says he is currently teaching more than 40 women how to drive while around 500 others have expressed an interest in learning despite some community opposition in the conservative country.

"People mocked us for leaving our homes and choosing to drive rickshaws but we hope we can inspire other women to come forward and take advantage of this great initiative," said driver Anita Kardak.

Rickshaw permits are highly sought after in Mumbai and can be big business, with owners often renting them out for a fee or lending them to others when their shift has finished.

Transport officials say they decided the women should have a different coloured rickshaw to the ubiquitous black and yellow ones to stop male relatives from taking them over.

It has led to some fears the women will be at risk because they will stand out, but Ms Mohite isn't concerned.

Promoted
Listen to the latest songs, only on JioSaavn.com
"I don't think there's going to be any safety issue as we're capable of looking after ourselves. Driving the rickshaw is a fun feeling and I'm ready to drive anywhere in Mumbai," she said.