Man Tries To Sneak Boa Constrictor Onto Plane... By Hiding It In His Pants 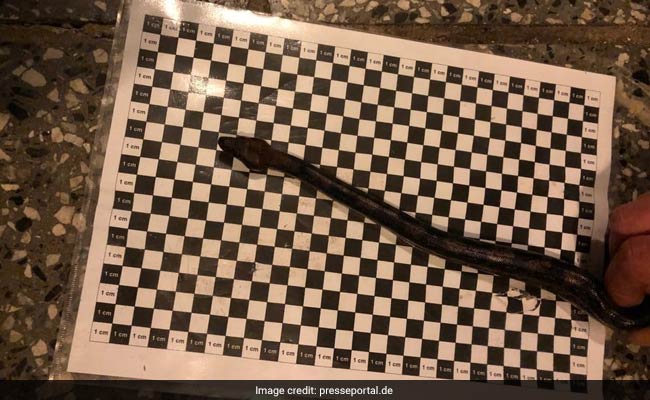 A picture of the boa constrictor released by Potsdam Customs.

A man was charged on Christmas Eve for attempting to smuggle a boa constrictor onto an airplane by hiding it in his pants. In a statement released on Monday, Potsdam Customs said the incident took place at Germany's Berlin-Schonefeld Airport.

According to the statement, a 43-year-old man who attempted to catch a flight to Israel instead caught the attention of airport security workers when they noticed something in his pants "that did not belong there". Upon further inspection, the man pulled out a small cloth bag from the waistband of his pants that contained a live boa constrictor, about 40cm long.

According to the Local, snakes are protected under the Washington Convention on the Protection of Cities (CITES) and their import and export to and from the European Union is regulated. Since the man was unable to furnish necessary documents proving that he had permission to travel with a snake, the boa constrictor was confiscated from him and taken to a reptile rescue in Brandenburg.

The man will now be fined, officials say.

This is far from the only incident that involves snakes on a plane. Back in September, a man flew from Germany to Russia while carrying 20 live snakes in his hand luggage.