Man Proposes To Girlfriend With Hundreds Of Candles, Burns Down Their Home

The man lit hundreds of tea lights and candles before leaving the apartment to fetch his fiance. 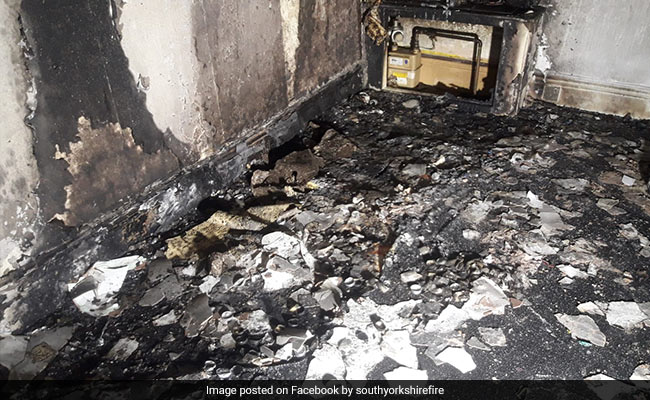 Photos of the apartment that caught fire were shared on Facebook.

You may have seen and heard of many disastrous proposals, but this one takes the cake. A man's romantic gesture went up in flames - quite literally - when he inadvertently burned down the apartment he shared with his girlfriend while setting up for a proposal. The British man, who has not been named, was planning to propose to his girlfriend. To do so, he lit hundreds of tea lights in their apartment, filled it with balloons and poured out wine in glasses. Things, however, did not go exactly to plan. As he went to pick his partner up from right around the corner, the candles he had lit contributed to a fire that burned down their apartment.

According to South Yorkshire Fire & Rescue, as the man went "round the corner to collect his fiance-to-be, ready for the romantic moment, he came back to find the flat on fire and three fire engines on the way!"

It turns out that while he left the candles and tea lights unattended, they set his apartment on fire.

The fire department shared photos of the scene on Facebook, writing: "Look closely at these photos and you'll see lots of burnt out tea lights. Hundreds of them."

The photos have gone viral on social media, collecting hundreds of reactions.

"The budget of the stag do was cut significantly. He pays for refurbishment instead," wrote one person in the comments section.

"And they say falling in love isn't dangerous ... he found his eternal flame," another quipped.

On the bright side, nobody was injured in the apartment fire - and the girlfriend did say yes!