"I was pushing a stroller, had a diaper bag on my arm and also lugging an oxygen machine for my daughter..." 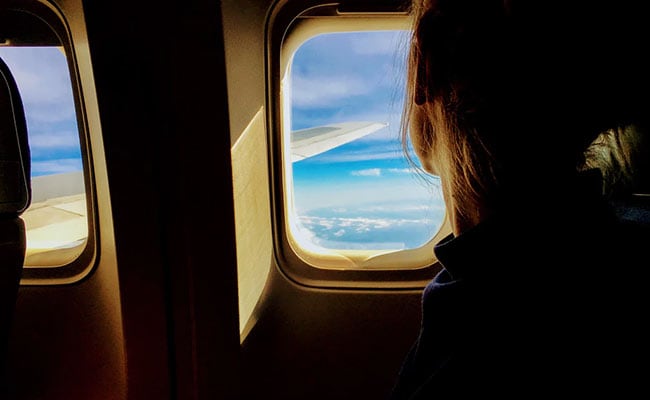 A man gave up his first-class plane seat for a mother and her ailing daughter. (Representative Image)

A Florida mother and her 11-month-old daughter were at the receiving end of a random act of kindness when a man gave up his first-class seat on a plane for them. "To the man in 2D. Today you were traveling from Orlando to Philly. I don't know you, but I imagine you saw us somewhere," wrote Kelsey Rae Zwick in a Facebook post thanking the Good Samaritan.

Kelsey and her daughter were travelling to Philadelphia on Thursday, where Lucy receives treatment for chronic lung disease at the Children's Hospital of Philadelphia, reports Yahoo News.

"I was pushing a stroller, had a diaper bag on my arm and also lugging an oxygen machine for my daughter... The flight attendant came over and told me you were waiting to switch seats. You were giving up your comfortable, first class seat to us."

"We pre-boarded, so I didn't see him," Kelsey said to Yahoo News. "At first, it just kind of took a second because I was like, why do I need to switch seats? Then I realized what was happening, and I was so overwhelmed. It wasn't just the seat; it was the culmination of everything we've been through the past two years," says Zwick.

Kelsey writes that she cried all the way up to first-class. "Sooo... thank you. Not just for the seat itself but for noticing. For seeing us and realizing that maybe things are not always easy."

Since being posted on Friday, her Facebook post has received over 4 lakh 'shares' and more than 6 lakh 'likes'.

"So loving and this post made me cry. There are so many wonderful and caring people out there. I thank that man along with you," writes one commenter. "Awww I'm crying with joy," says another.