Take Your Mask Off While Sunbathing. This Man Learnt His Lesson The Hard Way

Over 1.2 million views for this hilarious video 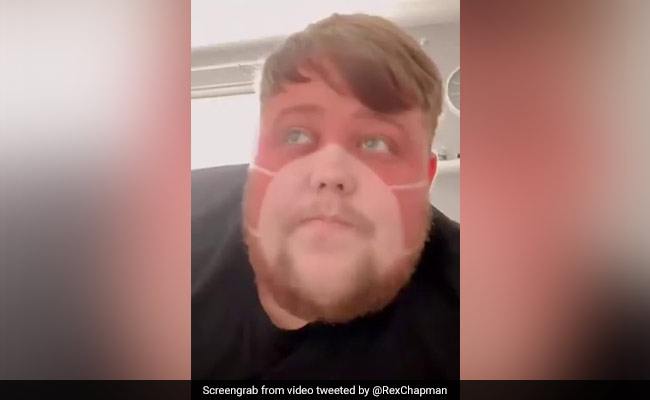 Watch what happens when you forget to take your mask off while sunbathing.

A video featuring a man, who went out sunbathing in his garden but forgot to take his face mask off, has gone viral on social media for obvious reasons. The 12-second clip, shared by Twitter user @TheoShantonas, shows a man self-recording a message. “So, I am out sunbathing in the garden yesterday. And I forgot to take my facemask off. I am really not happy, guys,” says the man, who now has a tanned face but original complexion in the area that the mask had covered. Hilariously, the mask straps have also left their imprint on both sides of his face. “How am I meant to work like this,” the man concludes his message.

Don't forget to take you facemask off when sunbathing ???????????? pic.twitter.com/XLcSxepgfD

In his subsequent tweet, he said the video was originally shared by another user @devanwright_.

At the time of writing, the video had already garnered about 1.2 million views and triggered a laugh riot on Twitter. While many acknowledged the gravity of the issue the man was faced with, they couldn't stop themselves from laughing.

That's why batman works at night.

I'm really trying so hard not to laugh right now.

Mr Chapman's tweet, featuring the video, was retweeted by over 8,000 people, while over 34,000 people liked the video.

The story doesn't end here. Responding to Mr Chapman's tweet another user @Jell0wYell0w shared two pictures of another individual, who had unfortunately committed the same mistake of not taking his face mask off while sunbathing. "Not the first person and probably won't be the last," the user wrote.

Not the first person and probably won't be the last. ???? pic.twitter.com/iJV5bNZaLV

Here are some more reactions and memes to the original video:

I was going with #Vaderpic.twitter.com/UppOTba6mz

I am also chuckling picturing him 'sunbathing' in his garden... :) xo

But some people had another theory: that it could be a filter.

It's a filter but still funny though

His neck isn't red either, was he just sunbathing his face?

Health experts say that sitting in the sun for a short period can have multiple health benefits. You might not have realised it but sunlight can boost your mood as well.