Houses For Sale At Rs 87 In This Italian Village. Nope, No Zeros Missing

"We place these on the market through specific public notices on our website to make it all very transparent," Mayor Claudio Sperduti said. 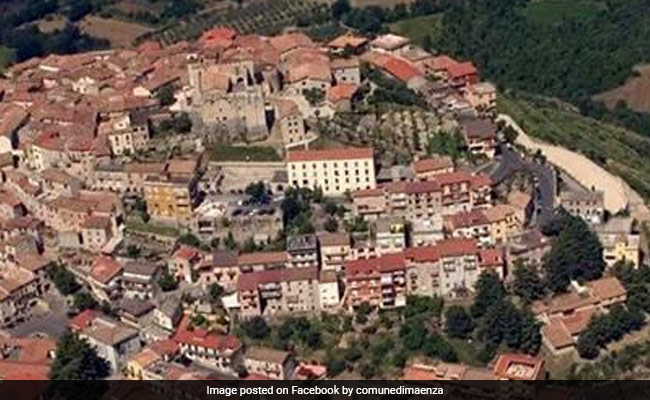 Houses in Maenza are on sale for one euro each.

Italy has been selling off houses in its picturesque countryside for one euro (approximately Rs 87) each to anyone willing to commit to restoring them. The long-term goal of this project, which sounds too good to be true, is to repopulate Italy's villages and draw tourism to the country's far-flung areas - but if people wanted a house closer to the bustling capital of Rome, they had few options. Until now. CNN reports that the town of Maenza has now become the first in Rome's Latium region to begin selling homes for one euro (or a little over a dollar).

Dozens of abandoned or empty huts in the region will be put up for sale in the near future. While applications for the sale of the first few houses will close on August 28, more houses will be made available to buyers soon.

"We're taking it one step at a time. As original families get in touch and hand over to us their old houses, we place these on the market through specific public notices on our website to make it all very transparent,"Mayor Claudio Sperduti said.

The town's administration wants to "combat the abandonment of the ancient medieval village of the city centre", which is located about 70km southeast of Rome, according to a translation of the details on the scheme's website, provided by The Independent.

People who are lucky enough to snap up a property in Maenza must restore it within three years. They will also have to pay 5,000 euros as deposit guarantee, which will be returned once the renovation is complete.

While buyers do not have to live in the houses they purchase, they will have to submit detailed plans to the town about how they plan to use their property - as a house, a restaurant, a shop or a bed and breakfast.

According to Ladbible, the one euro housing scheme was launched last year as Italy struggled with dwindling population in villages.