Lucknow Man Saw Puppy Trapped In Drain, Says He Used Drone To Save It

Milind Raj says it took him six hours to assemble the improvised aerial vehicle. He says he attached an Artificial Intelligence-controlled robotic arm and giant drone together in his Lucknow lab 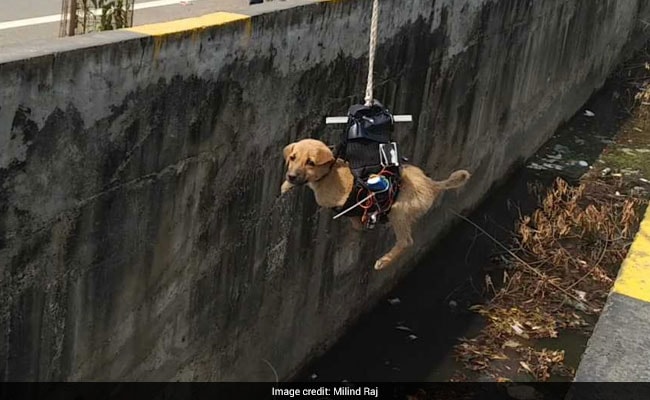 New Delhi: Lucknow's Milind Raj says he was out for his usual morning walk last month when he heard an animal whimper. The 27-year-old says he traced the source of the distressed cries to a puppy trapped inside a drain. According to him, the dog had been stranded there for two days.

Mr Raj, who claims a keen interest in Artificial Intelligence (AI), says he builds robots for a living and returned to his lab to see how he could help the dog. The solution, he said, was an AI-controlled robotic arm attached to a giant drone. 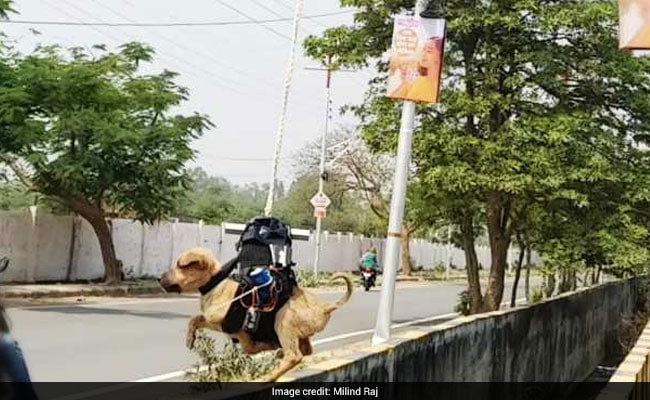 "The drain was so filthy, it was like a bog," Mr Raj told NDTV. "It was not possible for a human to rescue the puppy without endangering their own life, so I decided to put technology to the task," he said. "I decided to use the AI-controlled robotic arm because it has a smart heartbeat sensor. Attached to the drone, I knew it would be risky but may work," he added.

He says he returned to the open drain about six hours later and sent the improvised aerial vehicle to do its job - controlling the drone carefully from outside.

"The AI helped me monitor the animal's heart rate, If the grip was too tight, the pup would suffocate," he said.

"When it was on the ground, it vomited plastic including paan masala packets that people had carelessly tossed into the drain," Mr Raj claimed. 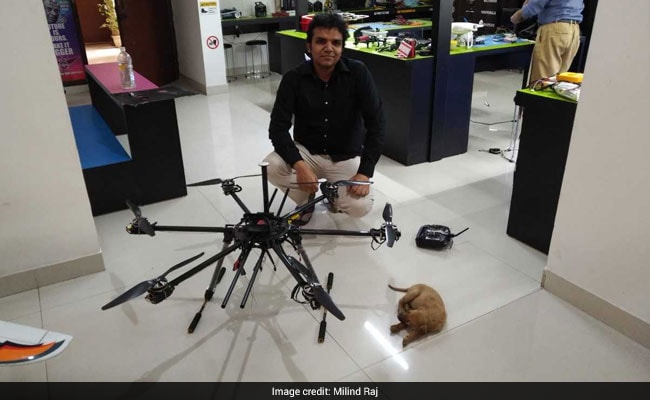 The woman who shot the video says she happened to be walking past when she saw the unusual sight of a puppy being lifted in the air by a drone.

"I stopped when I saw the puppy in the air," Indira Nagar resident Shubhra Kal told NDTV. "I started filming when I realised how strange the sight was." 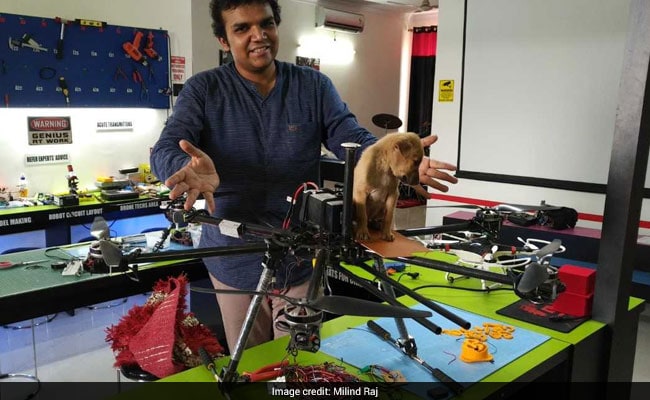 On April 27, Mr Raj uploaded an edited version of the video on his YouTube channel.


Promoted
Listen to the latest songs, only on JioSaavn.com
Mr Raj said he's adopted the stray dog and named it "Lifted."

There was plenty of praise for Mr Raj, but the video also provoked skepticism on social media.

It could have been done faster and easier with a ladder and rope instead. This is a classic example of wasted engineering.

Impressive how clean the puppy came out of the drain. My dog years ago used to fall often into drains and soak pits (don't ask) and he would always call me out black and smelly. And how was the harness slid over the dog's belly and tightened? Very impressive feat.

Good he saved! Was he experimenting? Why couldn't use help from firefighters?

Good for him saving the pup and all but I feel like a ladder would have been faster, cheaper, and easier than building an AI arm to lift the dog out.

Mr Raj's humanoid robot was one of the prime attractions at February's Uttar Pradesh Investors' Summit. The trilingual robot, fluent in Hindi, English and Sanskrit, welcomed Prime Minister Narendra Modi and UP Chief Minister Yogi Adityanath among other guests to the event.Click for more trending news