Life Inside AIB's New Office. Kyunki You Know You Want to See 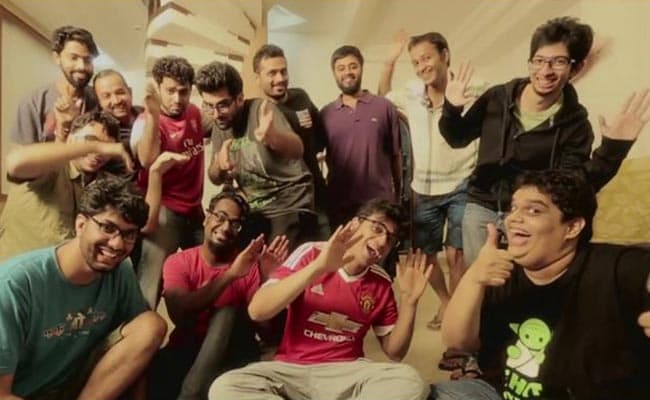 Screengrab taken from video posted on Facebook by AIB

Remember the opening sequence of the popular daily soap Kyunki Saas Bhi Kabhi Bahu Thi, the show that made Smriti Irani a household name? And remember comedy collective AIB, the guys who did that "famous" roast of Ranveer Singh and Arjun Kapoor? (Of course you do! How could you forget?!)

Now picture a fusion of the two - say a scenario where Kyunki Saas, the show, meets AIB...

OK, don't drive yourself up the wall by thinking about this too hard; just watch AIB's new video introducing the world to their new pad, set to the tune of the Ekta Kapoor soap.

The video begins with AIB's Tanmay Bhat welcoming viewers to their "bungalow number pachchees," where they work and "read your hateful tweets." There's also something about writing viral and stairs that are spiral, followed by an incredible chorus that is - "kyunki together we all are AIB..."

And here's a mythbuster: there's more to AIB than just the four guys you see - Tanmay, Rohan Joshi, Ashish Shakya and G Khamba. In their song, they also introduce you to their video editors jinki koi life nahi and their writers jo hain lazy (which might be difficult for anyone to agree with, except, you know, this video).

There's also a third verse in the song but you'd best hear it yourself, by clicking here.