Tahlequah carried her dead calf for 17 days, not letting it sink to the bottom. 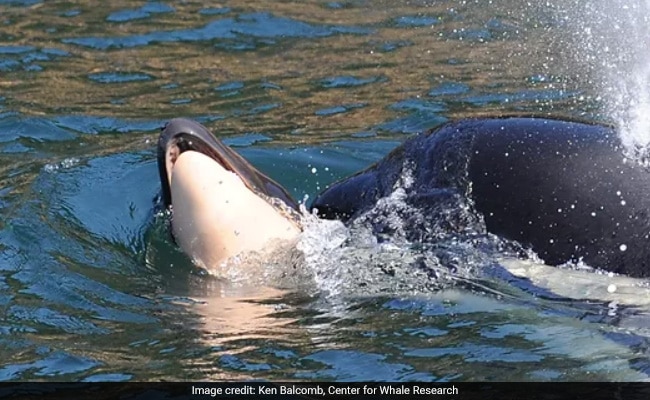 The grieving killer whale who carried her dead calf for17 days in the year 2018 is now pregnant again. Tahlequah, known as J35 to researchers, raised worldwide concern with her unprecedented mourning period two years ago. The orca swam for more than two weeks with her dead newborn, refusing to let it sink.

Now, she is one of several Southern Resident killer whales who is expecting.

According to Seattle Times, scientists in Washington state discovered that Tahlequah is pregnant again while recording drone images of Southern Resident killer whales. The recordings, done as part of a long term study, reveal that the orca's baby is still a long while away. The gestation period for orcas is typically 18 months.

According to BBC, Tahlequah is part of a community of three pods, which is made up of around 72 whales. They are frequently sighted near Vancouver Island in Canada and in inland marine waters of Washington state in the US. A sea life response, rehab and research group called SR3 has released drone pictures of Tahlequah and other pregnant orcas among the the J, K and L pods.

The Southern Resident whales are struggling to survive, and Tahlequah's pregnancy carries a special significance for many who were moved by her story.

According to a Washington Post report, the orca gave birth on July 25, 2018, in what should have been a happy milestone for her long-suffering clan. Her baby was the first live birth in the pod since 2015. It survived for only half an hour.

Tahlequah carried her dead baby around for 17 days. While killer whales are known to carry their dead calves for up to a week, Tahlequah set a record - refusing to let go of it for well over two weeks.

While scientists are hopeful that this birth will be successful, they also warn that a number of recent pregnancies have not resulted in successful births.

"Studies by our colleagues at the University of Washington have shown that these reproductive failures are linked to nutrition and access to their Chinook salmon prey," SR3 wrote in a post.

Scientists have warned boats to stay away from the killer whales.