Viral Parking Video: "Only when it went viral I came to know about it," the driver, PJ Biju, said about his video. 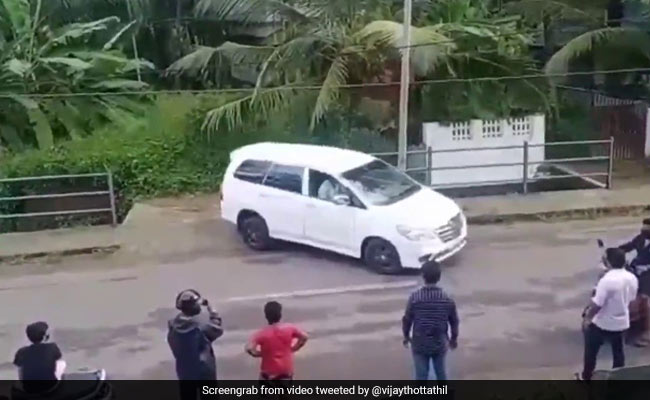 A video that shows a man nailing a tricky parallel parking maneuver has gone viral on social media and left thousands of viewers impressed. Parallel parking a vehicle in a small space can be tough - but this man from Kerala managed to pull it off so smoothly that the Internet was left amazed at his driving skills.

According to Asianet News, the man in the video was identified as PJ Biju, a native of Mananthavady. In the video, he managed to park a white Innova in a narrow spot. He was seen reversing the SUV onto a small platform over a ditch - a tricky thing to do, but one that he managed easily.

"That's Malayalee Driver for you, salute his skill and confidence!" wrote one Twitter user while sharing the video on the microblogging platform. "Few saw how he took out the car earlier this has both how he parked and how took it out from parking!"

That's Malayalee Driver for you , salute his skill and confidence!

Few saw how he took out the car earlier this has both how he parked and how took it out from parking !

Various version of the video - which was shot by the driver's wife - have gone viral on social media, collecting over a million views.

"This is my friend's car and he had some paint work to be done on it. So on Sunday I had taken the car to a place for the workshop people to come and fix it. This was when my wife shot the video of me parallel parking near our house. I didn't know she had done that. Only when it went viral I came to know about it," Biju told a local channel, according to The News Minute.

"I have been driving buses, especially on the Ernakulam - Kannur route for many years. And those vehicles are 12 and a half metres long. So the Innova's length has never been much of a problem for me. Be it any car, you have a mental picture of the size of the vehicle. It's all about that understanding and confidence," he added.