It Was Ryan's First Time, But Blake Was "Gentle". It's Not What You Think Though

"It was Ryan's first time. He was understandably scared," wrote Blake Lively on Instagram. 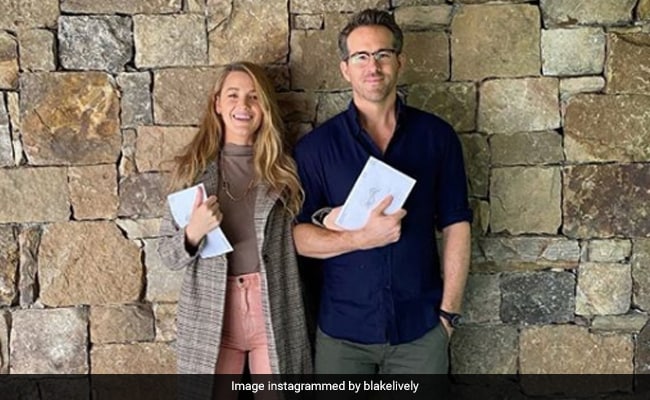 Widely accepted to be one of Hollywood's funniest couples, Blake Lively and Ryan Reynolds have once again left their fans in splits with their latest, pun-filled Instagram posts. Blake Lively, 33, and husband Ryan Reynolds both shared similar pictures on Instagram Thursday, encouraging their followers to vote in the US presidential election. The photos were taken while they dropped off their ballots early. While innocuous in themselves, it was the captions accompanying the pics that had people laughing.

"It was Ryan's first time. He was understandably scared," wrote Gossip Girl star Blake Lively on Instagram, sharing a pic that shows her laughing next to her 46-year-old husband. "It all happened so fast. Like, REALLY fast. He wept. I pretended to weep. Then he called all his friends."

It was Ryan's first time. He was understandably scared. It all happened so fast. Like, REALLY fast. He wept. I pretended to weep. Then he called all his friend. #voteearly

Before your imagination runs wild, please know that she was only referring to Ryan Reynolds's first time voting in the USA. The actor was born in Canada and became an American citizen in 2018.

"This is my first time voting in America. I'd like to thank my wife Blake for making my first time so gentle and loving," wrote Ryan Reynolds. "It was super scary at first, then exciting and now I'm a little tired. But proud." He ended his caption with the hashtag #VoteEarly.

This is my first time voting in America. I'd like to thank my wife Blake for making my first time so gentle and loving. It was super scary at first, then exciting and now I'm a little tired. But proud. #VoteEarly

While their posts have together collected a whopping 6 million 'likes' on Instagram, the captions were not the only reason they grabbed eyeballs. Eagle-eyed fans were quick to notice a discrepancy in the two similar pics shared by the couple. While the picture that appeared on Ryan Reynolds's Instagram feed shows Blake with her feet bare, in her own post, she appears to be wearing strappy high heels.

The shoes were clearly drawn onto her feet - a fact that led to much hilarity.

A fan quickly took note of the phony footwear, writing, "Its the drawn on heels for me".

"Are those drawn on heels? Lol," said another

Ryan Reynolds also teased her for the edited photo, mocking up his own pair of booties on her feet in a photo posted to his Instagram Story.

Blake Lively reposted his handiwork to her social media, joking, "...I don't see the issue." 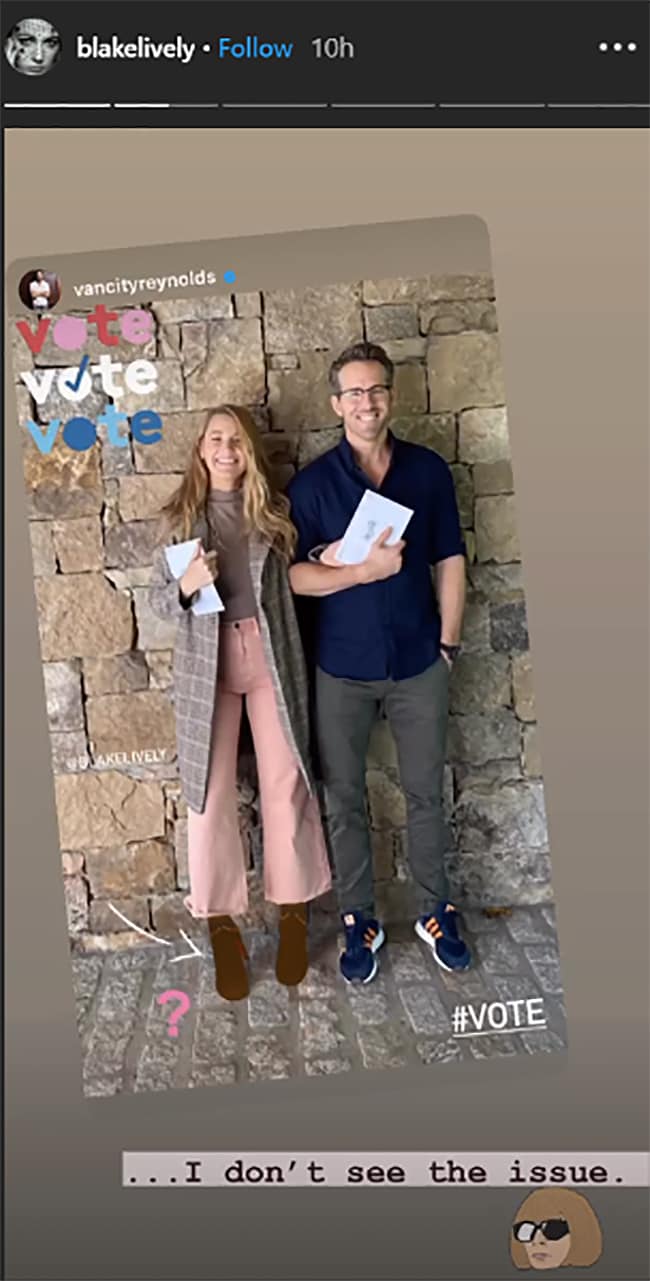 Then in a series of posts she added, "@louboutinworld are you hiring? Barefoot iPhone doodler with vast experience avail," and "Impressive resume upon request."

Blake Lively explained the sandal scandal, writing, "Can you tell I was so happy to get outta a onesie and vote. Sure it was an absentee drop off ballot with a mask covering my look. But d***t I exercised my right to vote. And to not wear shoes that ruined my outfit."