Astronauts are seen having fun with a free-flying water bubble in a recent International Space Station (ISS) Instagram post. 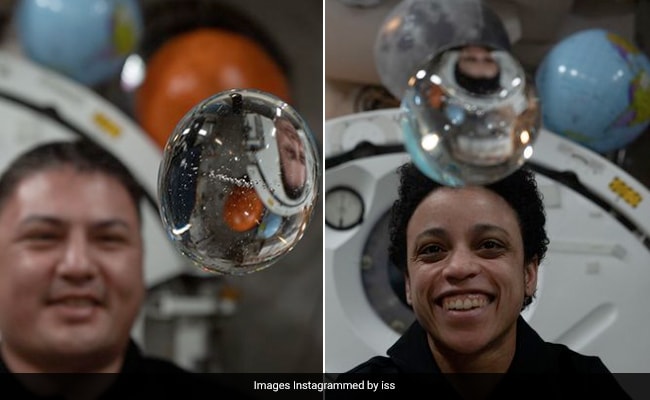 The astronauts are seen in the picture staring in awe at the water bubble.

Science enthusiasts are always drawn to the mystery of life in space. That is why footage of space travel and astronauts' daily lives inside space stations frequently gains popularity. The International Space Station (ISS) uploads photos and videos to its Instagram account that its admirers find interesting. Most frequently, the posts are humorous or informative. An image of astronauts enjoying their time with a water bubble was recently posted on Instagram by ISS. The astronauts are on Expedition 68 of the International Space Station (ISS). The image received positive feedback from viewers.

"Expedition 68 astronauts (from left) Frank Rubio, Kjell Lindgren, Jessica Watkins, Samantha Cristoforetti, and Bob Hines have fun with fluid physics as they observe the behavior of a free-flying water bubble inside the International Space Station's Kibo laboratory module," reads the caption that was included with the images of the astronauts staring in utter awe at the water bubble.

The International Space Station's Kibo laboratory module appears in the background of the photograph. The astronauts are seen in the picture staring in awe at the water bubble.

The 68th extended mission to the International Space Station is known as Expedition 68. The trip started on September 29, 2022, when Soyuz MS-21 departed. The astronauts currently on the job are Frank Rubio, Jessica Watkins, Kjell Lindgren, Samantha Cristoforetti, and Bob Hines.

The varied effects of gravity in space led to the creation of this fascinating image. Since there is no gravitational pull in outer space, a water drop cannot be dragged downward and instead forms a sphere.

Since the image was posted on the ISS Instagram account a day ago, it has received over 42,000 likes, and that number is steadily increasing. Many remarks from viewers praised the image's beauty and liveliness.