"When I was done, she laid down as if to thank me," says the pharmacist 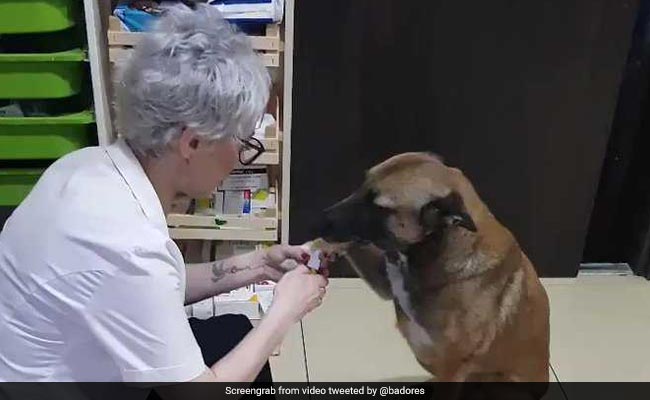 A video of an injured dog getting treated by a pharmacist has gone viral online.

A video of an injured dog and a pharmacist has gone viral online, making thousands of people smile. According to The Dodo, last week in Istanbul, Turkey, an injured stray dog entered a pharmacy run by Banu Cengiz. As an animal lover, Ms Cengiz thoughtfully provided beds inside the pharmacy for stray dogs to lounge on. However, this particular dog, instead of using the beds, stood expectantly by the door.

Bleeding from a cut on her paw, this dog was clearly injured. Security footage from the pharmacy shows her standing on the doorway, looking for help that the pharmacist soon provided.

Another video, shared by Banu herself, shows her sweetly treating the injured dog. The pharmacist cleaned the dog's wound with antiseptic and gave her antibiotics.

The dog rested and recovered at the pharmacy after getting the treatment she needed. Meanwhile, the heartwarming video has gone viral online with over one lakh 'likes'. Many have taken to the comments section to praise Ms Cengiz's act of kindness in helping a stray dog out.

Being kind is all what matters ???? https://t.co/qYdcem0biw