This Couple's Adopted Monkey All Set to Become a Millionaire He will inherit a house worth seven million and a couple of million in the bank, but Chunmun can't sign a cheque.

Chunmun is a monkey who lives in an air-conditioned room at the home in Rae Bareli, Uttar Pradesh, of Savista and Brajesh, who have willed all they own to him.

Savista says she saw the monkey's mother fall to her death while delivering him and brought the infant monkey home. The couple did not have children and raised the monkey as their own child.

Their residence is called Chunmun House. 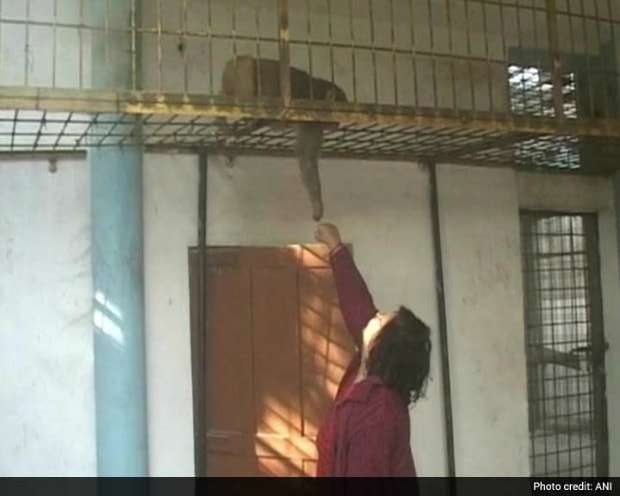 Chunman's human parents have now decided to start a trust in his name for the welfare of monkeys.

"When we are gone, we want this trust to organise altars for those monkeys who are friendly with humans and are suffering due to the cutting of woods. No monkey should suffer because of the wrong doings of humans. As far as Chunmun is concerned, he is like a son to us," Brajesh, Savista's husband told ANI.

Promoted
Listen to the latest songs, only on JioSaavn.com
The couple dismiss the local superstition that keeping monkeys as pets is bad luck. They say that Chunmun's presence has brought them luck and prosperity.

In this part of Rae Bareli, it's a monkey's world.