"The lion jumped at me and bit me - but thank God not on my neck. He immediately let me go. My back, arm and leg were hurt." 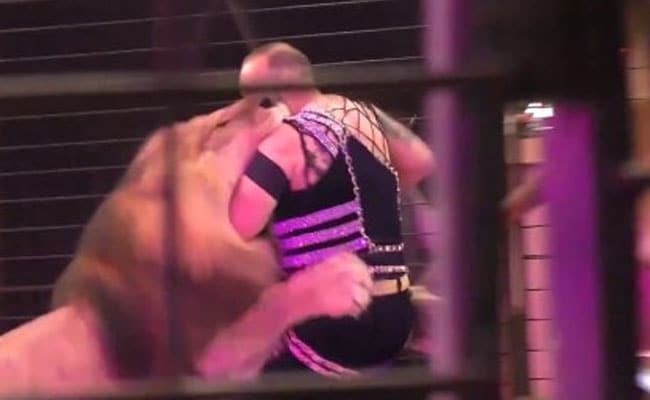 A lion was filmed attacking its trainer in Ukraine.

Members of the audience at a circus in Ukraine captured the terrifying moment a lion turned on its trainer and attacked him. The incident took place at the Lugansk State Circus when an aggressive big cat managed to overpower well-known circus trainer Hamada Kouta, reports Daily Mail.

A video going viral online shows the lion attacking its trainer, pinning him to the ground. As the music stops abruptly, the crowd can be heard shrieking in fright. Thankfully, Mr Kouta managed to regain the upper hand by pushing the lion away, which is then seen retreating.

Watch the incident unfold on video below:

The hair-raising video has been viewed and shared thousands of times on social media.

Mr Kouta, who escaped the attack with no major injuries, was quoted as saying by the Metro: "The lion jumped at me and bit me - but thank God not on my neck. He immediately let me go. My back, arm and leg were hurt.

"I called up one lion, and the second one attacked me from the front."

He added that the attack did not stop the show, and only occurred because the circus lions were unsettled after arriving at a new location.

"The most important thing for me is to see children in the audience. Of course, I was covered in blood, but I asked everybody to calm down, and started the performance all over again, from the beginning."

The incident has prompted many animal welfare organisations like Big Cat Rescue and Animal Defenders International to ask for a ban on big cats performing in circuses.

A similar incident occurred two years ago in China, when a lion was filmed dragging his trainer across the stage during a show.