In Maharashtra, Two Kids Woke Up To Find A Leopard Cub Napping Next To Them 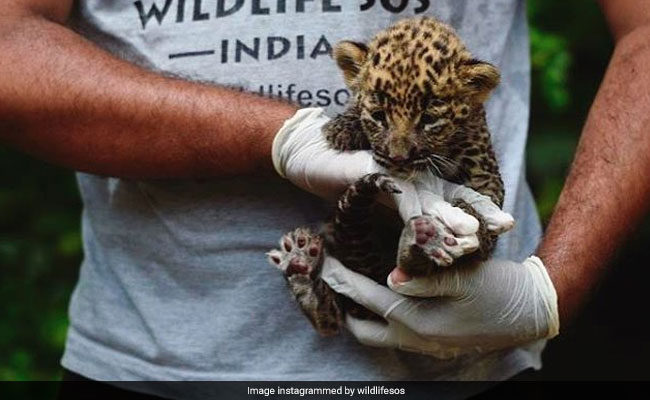 The cub may have entered the house early in the morning. (Representational Image)

In a strange occurrence, a leopard cub managed to make its way underneath the hem of a mosquito net inside which two children were sleeping and dozed off beside them till their mother got alerted to its presence early today in Maharashtra's Nashik district.

The incident happened in Dhamangaon area of tribal-dominated Igatpuri taluka in the district, the official said.

Forest Circle officer Gorakshyanath Jadhav said that the three-month-old cub may have entered the house of Manisha Barde under the cover of darkness when she opened the main door early today morning.

"At around 5:30am today, Barde found the leopard cub sleeping beside her two children on the ground inside the mosquito net. She carefully took the children out of the net without disturbing the leopard. She then raised an alarm which alerted other villagers," said Jadhav.

Jadhav said that a team of forest officials arrived at Barde's house and rescued the leopard and brought it to the department's local office.

He said that it would be released into the forest later as per procedure.