In Dramatic Video, Man Clings To Building Ledge As Flames Rage Inside

He was rescued without any injuries 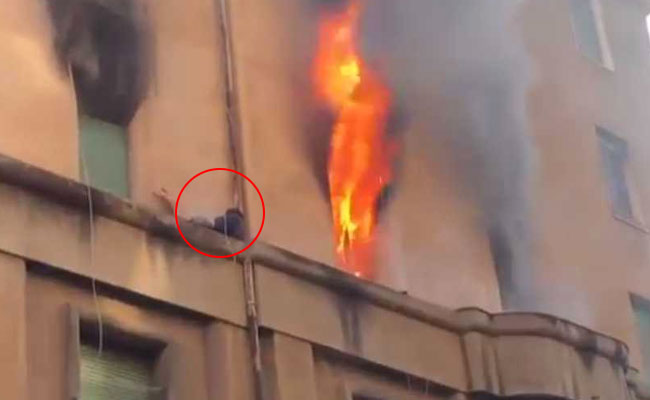 A man was rescued from the third floor of a burning building in Rome.

A hair-raising video has captured the moment a man was forced to climb out of his burning room on the third floor and cling to the building's outer cornice. The incident took place in Rome on Wednesday. The video, which has been widely circulated online, shows a crowd of onlookers gathering below the building to watch as the unidentified man clings onto the building ledge even as flames rage on inside.

According to local reports, the incident occurred in Rome's Appio Latino district.

Luckily, a team of firefighters managed to rescue the man from the cornice, no wider than 30 centimetres. He was lifted with the help of a crane and managed to escape without any injuries. Shaken but unharmed, the man reportedly refused to be taken to a hospital.

Just a few weeks ago in China, a 19-year-old was praised for similarly using a crane to rescue people trapped in a burning building.