He saved 14 people in half an hour 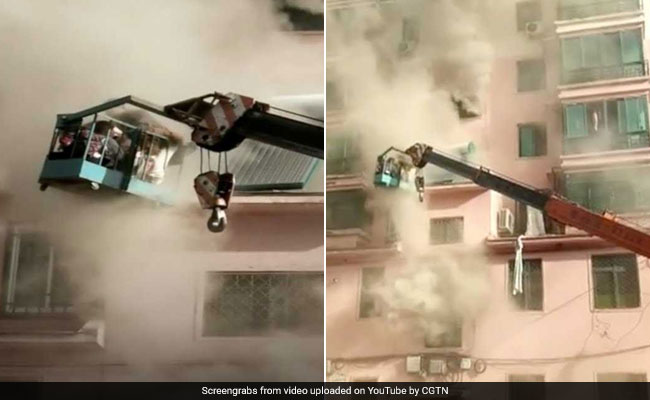 A 19-year-old used a crane to rescue people trapped in a burning building.

A 19-year-old crane operator is being hailed a hero for saving 14 people trapped in a burning building. Shanghaiist reports that Lan Junze was working at a construction site in the Liaoning city of Fushun, China, when he noticed that a nearby building was going up in flames. Ms Junze immediately drove his crane over to help people escape.

Footage captured on a cell phone shows him using his crane to rescue people trapped in the burning building. His courage and quick thinking helped save 14 people in 30 minutes.

"At that time, all I could think about was how to save the trapped people," Mr Junze was quoted as saying afterwards by CGTN.

On social media platforms where his video has gone viral, thousands have praised Mr Junze, even comparing him to a Marvel superhero.